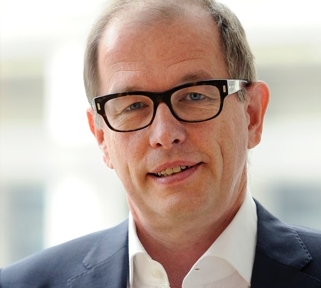 Born some time ago, he graduated from the Imperial College of Science and Technology in London in 1986, Lyndon Emsley completed a PhD at the Université de Lausanne in 1991 doing NMR spectroscopy of solutions with Geoffrey Bodenhausen. He then moved to the University of California Berkeley as a Fellow of the Miller Institute for basic Research in Science, working with Alex Pines, where he was introduced to solid-state NMR.

In 1993 he moved to the French National Laboratory for Atomic Energy Research in Grenoble, and in 1994 he was appointed to a Professorship at the Ecole normale supérieure in Lyon. He was Head of the Experimental Chemistry Laboratory from 1999 to 2002, and Head of the Chemistry Department from 2006 to 2012. He became a member of the Institut Universitaire de France in 2002. In 2003 he was made the project leader for the creation of a European Laboratory for Very High Field NMR, which was completed in 2008, with the delivery of the world’s highest field high-resolution NMR spectrometer, operating at 1 GHz.

He moved to the EPFL and became a Professor of Physical Chemistry in June 2014 and Head of the Laboratoire de RMN. He was director of the Institute of Chemical Sciences and Engineering (ISIC) from 2016 to 2020.

His research centres on the development of new NMR spectroscopy experiments to determine the atomic-level structure and dynamics of complex materials and molecular systems, to solve a range of problems across disciplines.

He has received a series of awards and honors, including the CNRS Silver Medal in Chemistry in 2005, the EAS Award for Outstanding Achievement in Magnetic Resonance in 2009, the 2010 Luigi Sacconi Medal of the Italian Chemical Society, the 2012 AMPERE Prize, the Grand Prix Charles-Léopold Meyer de l’Académie des Sciences, and the 2015 Bourke Award of the Royal Society of Chemistry. He gave the 2018 John S. Waugh Lecture in Physical Chemistry at MIT.

He has served on various editorial boards and as chair of scientific committees and meetings. He was an Associate Editor of the Journal of the American Chemical Society from 2011 to 2022.