In an effort to understand our digital culture, recent studies have demonstrated the importance of online mobility: on the one hand, search engines never fully satisfy users who tend to rely more on step-by-step contextual navigation, while, on the other hand, existing recommendation algorithms do not foster navigability. Indeed, the investigation of “interaction traces” (understood as the sequential records of a user’s interactions within one or across multiple platforms) shows that users favor personal navigation over search algorithms, steering their own personal course through an ever-growing cloud of data.

In spite of this strong evidence, no tool has in turn been given the user to regain control over her digital mobility, nor has there been any humanistic study on matters of navigation practices within a digital environment. Bringing anthropological queries and concepts into the picture, and drawing on recent efforts in software engineering to model different types of navigation practices, this project aims at furthering the inquiry on intellectual mobilities within anthropology, and empowering the user by providing her with the tools to generate her own personal mobilities. 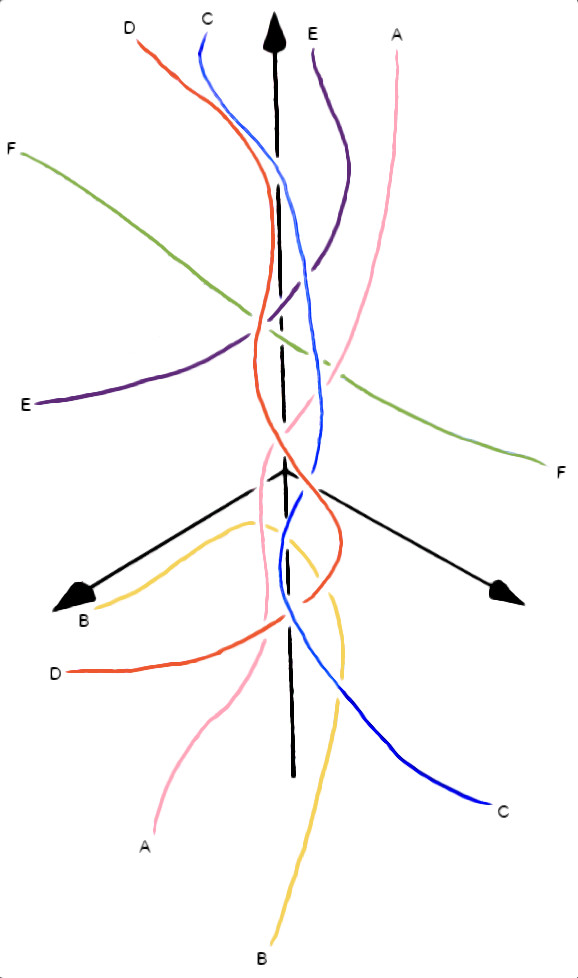 The archive of science is the place where scientific practices are sedimented in the form of drafts, protocols of rejected hypotheses and failed experiments, obsolete instruments, outdated documentation, internal correspondence, and other leftovers. Today, just as science goes more and more digital, so does its archive, giving rise to new research practices and opening new frontiers of knowledge for the historian (from big data to the longue durée). These collections clearly differ from the traditional lieux de mémoire filled with thoroughly selected and carefully stored tangible objects. What do these new digital repositories do to archival items? What regimes of knowledge and memory do they presuppose? How can they be made meaningful for queries of the historians and of the wider public?

To answer these questions, the project outlines new hermeneutics for the digital archive of science, looking both at its infrastructures (Linked Data technologies) and its methods (distant reading). Mixing theoretical reflection with case studies based on the archives of CERN and EPFL, the study assembles the elements of a humanist (instead of engineering-oriented) ontology for the scientific archive, transferring concepts and perspectives from the history of science into a computational language. By questioning the epistemological foundations of the digital archive of science, as well as the ways of processing and interpreting such an archive, the research provides a critical contribution to the good practices of both the computational history of science and the archival policies of scientific institutions.

The project is funded by a doc.CH fellowship from the Swiss National Science Foundation. 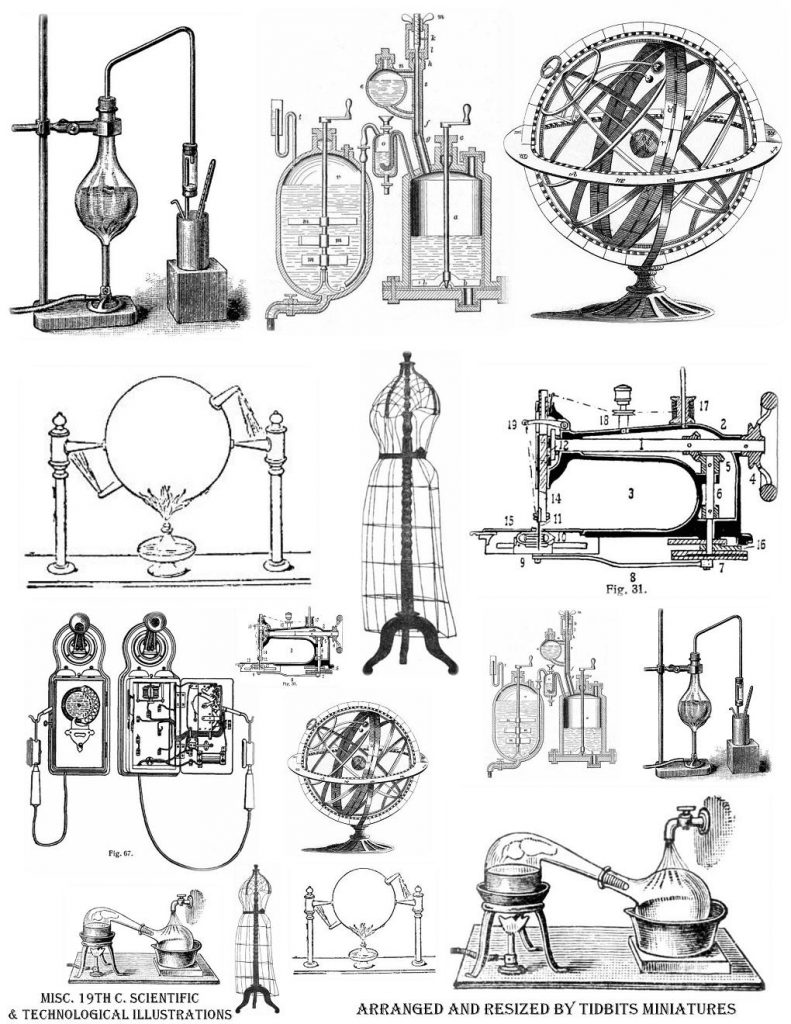 Building on the editorial success of the Lieux de savoirs led by Christian Jacob, Savoirs is a born-digital platform that offers its users to navigate a massive database of works gathering the essays of the Lieux de savoirs, publications from OpenEdition, as well as dedicated new contributions, colloquia proceedings, and peer-reviewed student works. A complement to published printed books, Savoirs is not a search engine nor a simple repository to the extent that, feeding on the specific potentialities inherent to the digital, it fosters new forms of research and visualisation, generates new links and ceaselessly reshapes the chart of the field of history and anthropology of knowledge.

Conceiving of intellectual reflexion as a journey through questions and hypotheses allowing the steering of a problematized course within source materials, Savoirs helps generate reading paths through topical associations and recommendations. Embedded within a web page accessible to anyone with a standard internet browser, the platform is structured in three columns: the central one displaying the contribution to be viewed, and two side columns giving the user full control over the parameters of her research so that she can easily and freely roam the database through suggestions and navigation strategies. Fleshed out around three indexing tools — a chronology, a conceptual thesaurus, and geographical localisation —, the platform’s path-generating algorithm enables readers to fine tune step-by-step the settings of their queries. Using textual analysis tools and digital history, this project investigates the construction of the figure of the scientist from the eighteenth century to the present day. Initially relegated to the bottom of cultural hierarchies, far behind the warrior, the saint or the chief, when and how did scientists become great (wo)men—des grands hommes? What are the social, moral, cognitive characteristics—the “virtues”—attributed to the scientist, and how have these evolved over the past three centuries? To answer these questions, we assemble and analyze a corpus of all the eulogies written to celebrate the deceased members of the Paris Academy of Sciences, from its re-creation in 1699 to the mid-twentieth century. 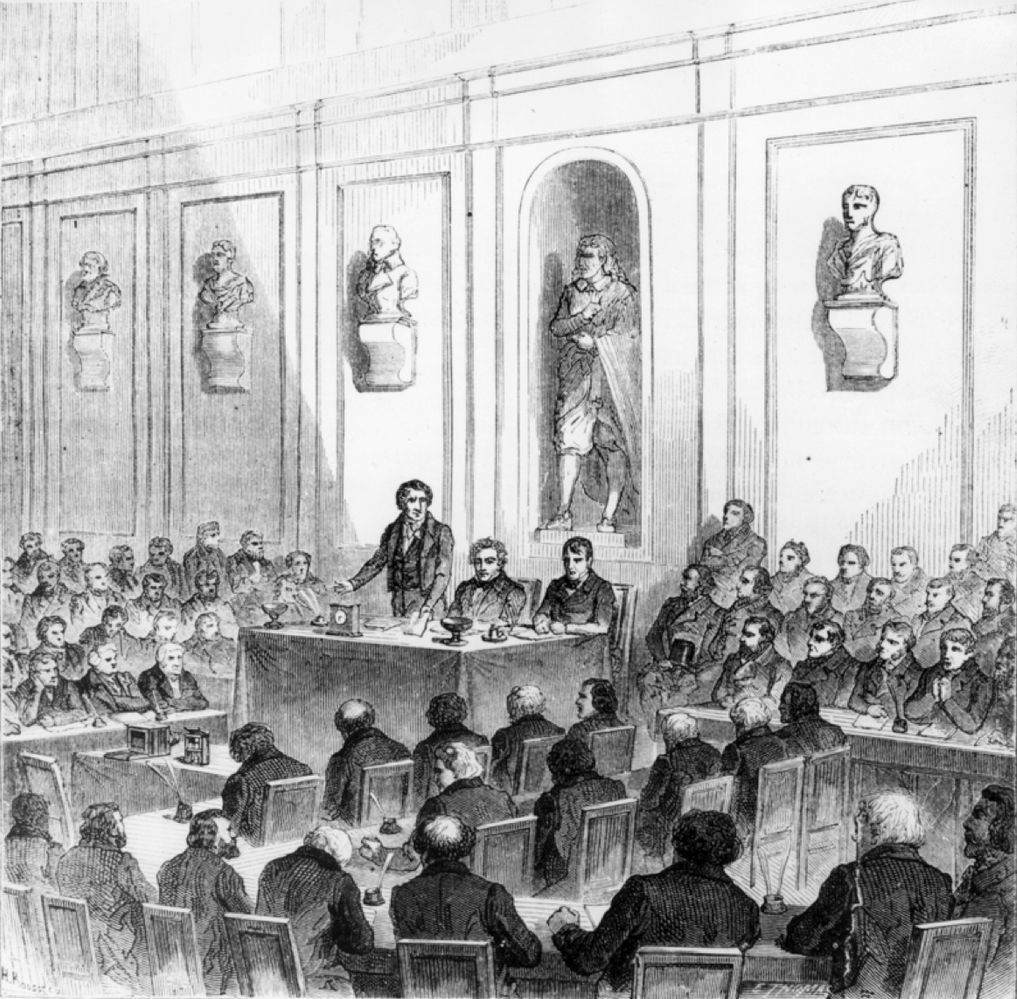 In discussions around current crises, such as climate change and the ongoing pandemic, technology features predominantly, as a possible solution, but also as cause or part of the problems. Policymakers and scholars alike have thus proposed to make innovation responsible, for instance by bringing more anticipation, reflexivity, engagement and responsiveness to the process. Yet in practice the challenge often seems impossible to meet.

In fact, features such as anticipation were already present around the emergence of earlier technologies. Historians of science and technology have shown how Western societies from the eighteenth century onward did not create and adopt risky technologies because they were blind to their potentially adverse consequences. To the contrary, they did so in spite of debates over their desirability, the forms of society they might encourage or the risks they posed to life and health.

Given these historical roots of current challenges, we propose to examine the way past innovators displayed concern or indifference for the consequences of their activity − in other words, how the risks of innovation were dealt with in the past. To do so, we combine the digital analysis of a massive corpus of digitized American and Swiss patents and the historical investigation, through printed and archival sources, of debates over specific technologies. This interdisciplinary endeavour focuses on the period between 1870 and 1918 − a time highly relevant for many of the defining technologies of the twentieth century. This makes it possible to conduct a comparative analysis to highlight the extent to which different social, political and economic structures incite responses to concerns expressed around new technologies, or rather promote reckless innovation.