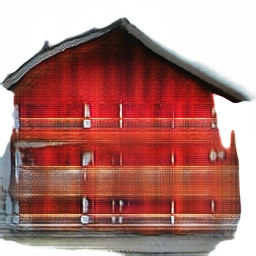 In Refuge 2.0 – Artificial Swissness we examine the notion of “cultural resilience” in Alpine cities, and question the role of creative artificial intelligence and deep learning in architecture. Confronting the machine as an active design agent, we ask the following questions: Can machines automatically learn and generate meaningful architecture? Can they go beyond quantifiable data and optimization and enter the realm of architectural quality and cultural resilience in the city? Can machines capture and generate something as fragile and elusive as “Swissness” in architecture? Can they help us build culturally and ecologically more resilient cities for the future? What are the dangers and dark sides when we let the machines loose? 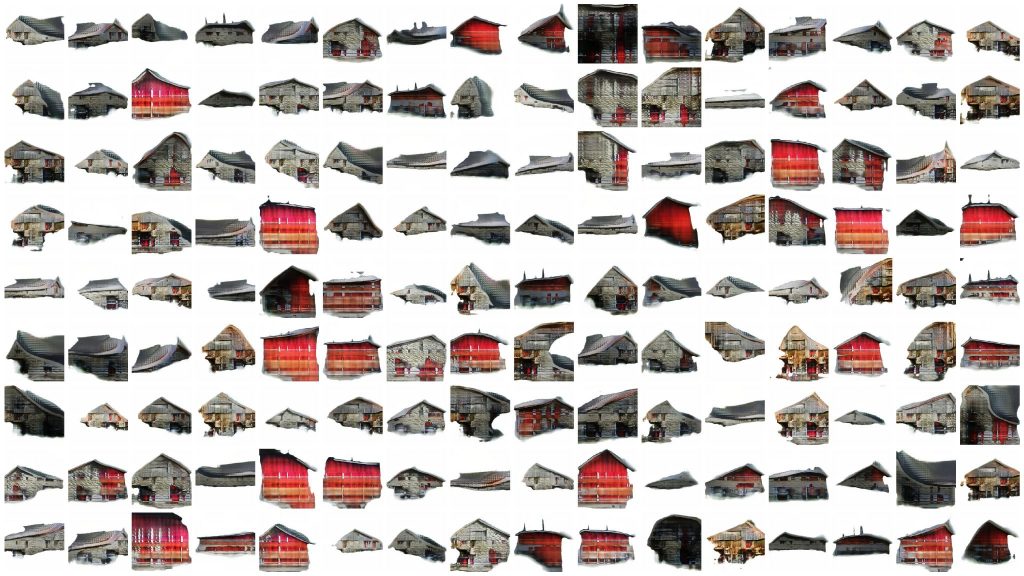 The object of the studio is the alpine refuge, an architectural typology located in the high mountains, accessible only by foot/ski or by air, ordinarily to provide shelter, food and accommodation. The Swiss Alpine Club (SAC) currently operates 153 alpine refuges around various peaks and mountain paths. We use machines to capture, collect, and learn the architectural DNA of the vernacular characteristic, in our case the “Swissness” of alpine refuges – and critically engage AI to design a new alpine refuge that embodies the quality of that very Swissness.

The first part of the semester consisted of curating data and manipulating a GAN (or equivalent deep learning network) to create variations of artificially generated alpine refuges with the quality of “Swissness”. The collection of facades of Swiss alpine architecture served as samples for the algorithms. During the second part of the semester, we selected and interpreted the output generated by the algorithm, and, through a process of inverse geometric projection, transformed the machine-generated images into 3D architectural forms. The final part assessed and refined the results in relation with the extreme climatic factors prevalent in the alpine context. We defined the size, location and precise program during the semester, considering the use of drones for various purposes including the delivery of supplies.

The studio culminated in a personal interpretation of the Alpine Refuge as a final project: a privileged, self-sufficient space of retreat and shelter, a moment of peace and serenity, amidst a changing world and confused ecology. 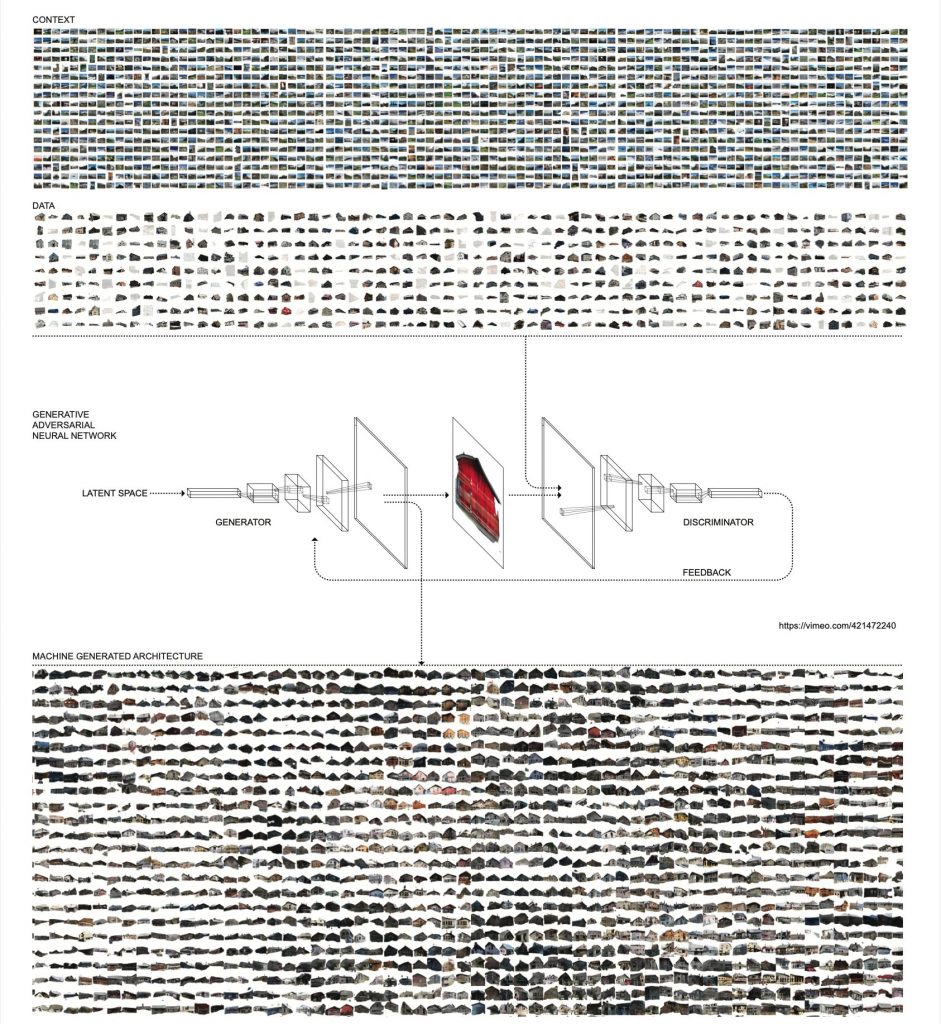