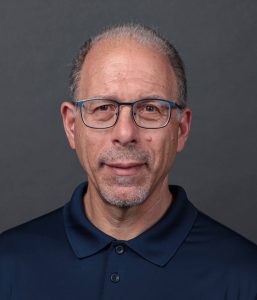 In 1986, he accepted a position of tenure-track Assistant Professor at the University of Rochester, where he rose up through the ranks to Associate Professor with tenure in 1992 and then Full Professor in 1993.  In 1994, he was appointed Professor of Physical Chemistry and Chair of the Laboratory of Molecular Physical Chemistry at the EPFL, where he has been ever since.

Over the last 15 years, his research has focused on combining laser spectroscopy, ion mobility and mass spectrometry for the study of cryogenically cooled bimolecular ions.  His most recent work is using these techniques to develop new analytical approaches to determine the structure of glycans.

He has received a number of awards and honors, including a Camille and Henry Dreyfus Distinguished New Faculty Award (1986), an Alfred P. Sloan Research Fellowship (1991), the Coblentz Society Award for Molecular Spectroscopy (1992), the University of Rochester Student Association Teacher of the Year Award (1992), the APLE prize for best EPFL invention (1999), the Bourke Award of the Faraday Division of the Royal Society of Chemistry (2009), and the Ron Hites Award from the American Society for Mass Spectrometry (2017).