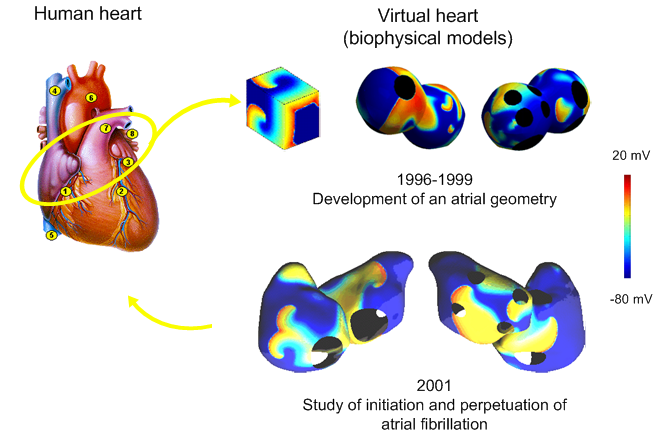 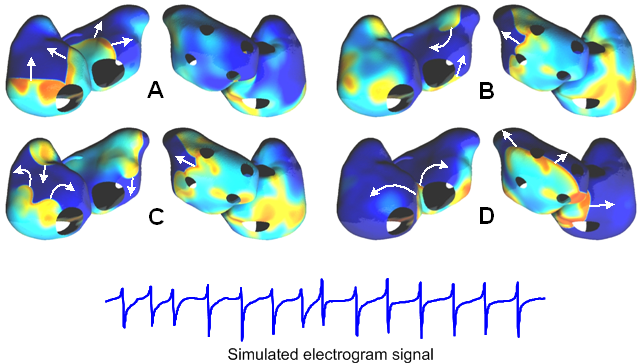 The biophysical model can simulate several types of arrhythmias, such as atrial flutter or atrial fibrillation. The figure above shows an example of sustained AF based on multiple reentries. The directions of the wavefront propagation are indicated by arrows. Furthermore, electrogram signals can be computed at any position on the surface of the atria. 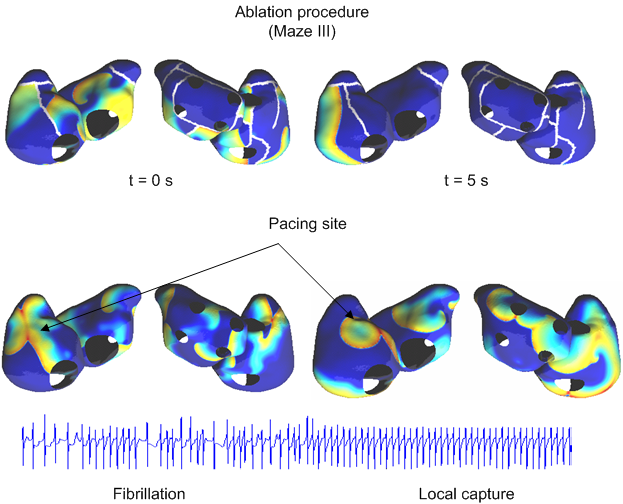 Two different types of therapies are currently investigated with the biophysical model: surgical ablation and therapeutic pacing. The result of simulated ablation lines confirmed the good performance of the Maze III procedure. Pacing demonstrated that atrial flutter can be pace-terminated and local capture can be reached in case of AF. An example of electrogram signal is displayed during AF pacing. 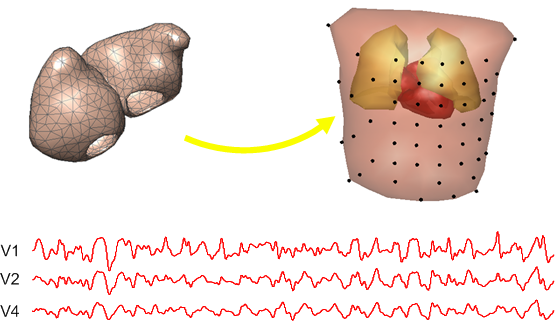 By extending the concept of the biophysical model to the entire thorax, the electric activity of the atria can be expressed as potential dynamics on the body surface. The lungs and the ventricular cavities are also included as well as their inhomogeneous conduction properties, so enabling the model to simulate realistic surface ECG signals reflecting pure atrial contributions.

In clinical practice, the standard ECG remains the most common non-invasive tool for diagnosing and studying AF. Due to the much higher amplitude of the electrical ventricular activity in the surface ECG, isolation of the atrial activity component is crucial to the analysis and characterization of AF. An average beat subtraction based method is developed to perform this QRST cancellation. In contrast with standard methods, two sets of templates are created instead of one: one set for the QRS complexes and one for the T-waves. Spatial optimization is applied to the QRS templates. The figure above shows a clinical signal (a), signal after preprocessing (b) and signal after the QRST cancellation (c).