El-Mehdi Amhoud received his PhD degree in Computer and Communication Sciences from Télécom ParisTech, France, in 2017. From 2018 to 2019, he joined the CEMSE Division at KAUST University, KSA, where he was a Postdoctoral Research Fellow at the Communication Theory  Lab, led by the Distinguished Professor Mohamed-Slim Alouini.

El-Mehdi is currently an Assistant Professor at Mohammed VI Polytechnic University, Morocco. His research interests include the energy efficiency and reliability of Internet of Things (IoT) networks and future generations of wireless communications.

El-Mehdi Amhoud received two awards of excellence for his PhD thesis from Mines-Télécom Institute, was awarded a Marie Skłodowska-Curie research grant from the European Commission and holds several US and Korean patents.

Andreas Burg joined the Integrated Systems Laboratory of the Swiss Federal Institute of Technology, in Zurich (ETHZ), from where he graduated with the Dr. sc. techn. degree in 2006. From 2006 to 2007, he held positions as postdoctoral researcher at ETHZ. In 2007 he co-founded Celestrius, an ETH-spinoff in the field of wireless communication. In January 2009, he joined ETHZ (Assistant Professor) at the Integrated Systems Laboratory. In 2011, he became a Tenure Track Assistant Professor at EPFL where he is leading the Telecommunications Circuits Laboratory in the School of Engineering. Since 2018 he is a Tenured Associate Professor at EPFL.

In 2000, Andreas Burg received the Willi Studer Award and the ETH Medal for his diploma. He was also awarded an ETH Medal for his Ph.D. dissertation in 2006. He is a member of the Institute of Electrical and Electronics Engineers (IEEE) and of the European Association for Signal Processing (EURASIP).

This project is in the field of information technology and aims to develop Internet of Things solutions to address a number of challenges faced by African countries, such as drought and traffic jam in urban areas. This research team will contribute to the application of the most recent techniques in Africa, such as smart farming and self-driving vehicles.

This research project focuses on networks composed of ground Internet-of-Things (IoT) devices connected to flying drones. Connected IoT devices are expected to provide reliable and real-time communication for several applications such as smart farming, self-driving cars, and robotics. Besides, drones can provide cost-effective wireless communication solution when used as flying aerial base stations or gateways. Drones can be rapidly deployed to collect data from IoT devices, improve their connectivity and coverage, as well as provide them with wireless power.

The aim of this project is to investigate and demonstrate high capacity drones-assisted IoT networks with low energy consumption and highly secure communication. For this, efficient machine learning (ML) based algorithms for the maximisation of the capacity of IoT networks will be developed and demonstrated. At the same time, to alleviate the battery issue, intelligent methods for energy harvesting and power control will be developed. Moreover, the robustness capabilities of IoT networks to maintain high security levels against different kind of attacks and vulnerabilities will be investigated. Finally, we aim to bring these developments to fruition and enable their early exploitation by showing how to integrate them with the latest emerging IoT standards as shown in proof-of-concept demonstrators. 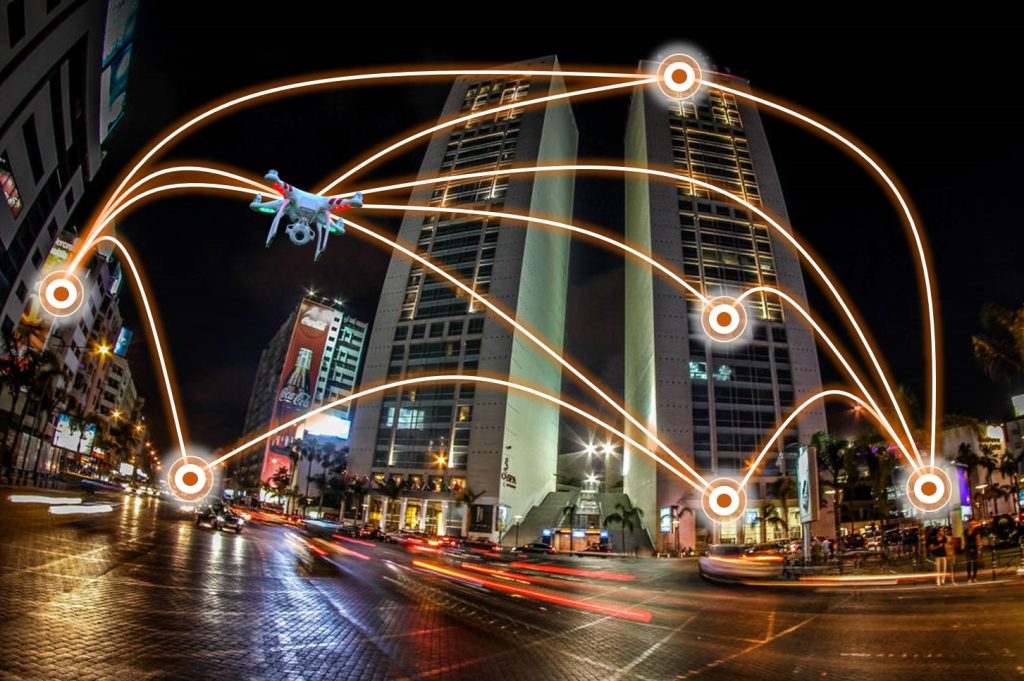 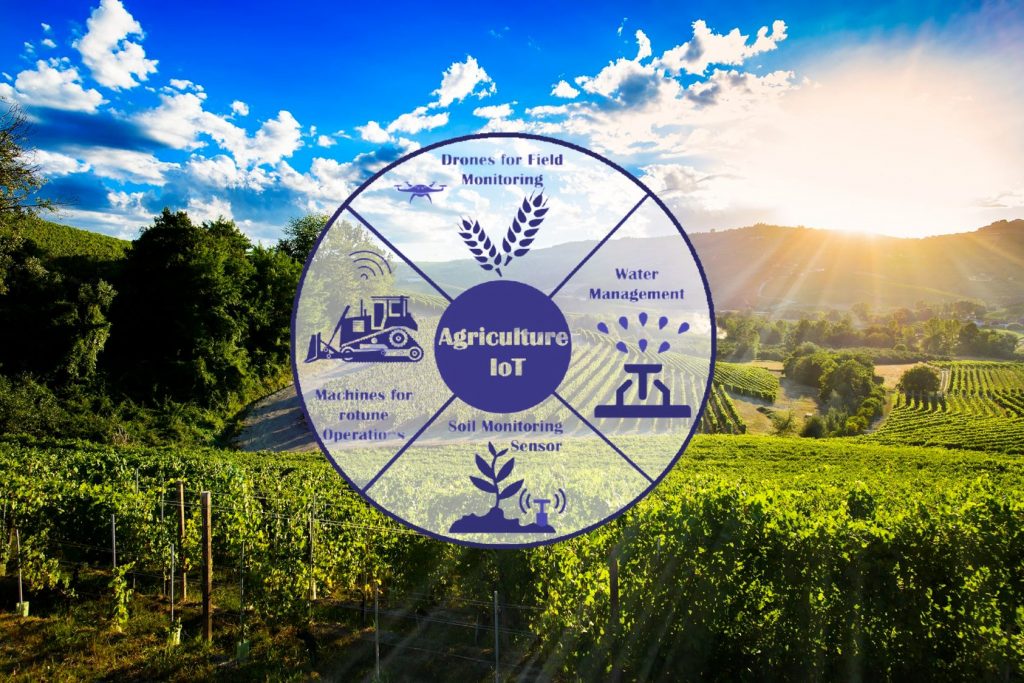 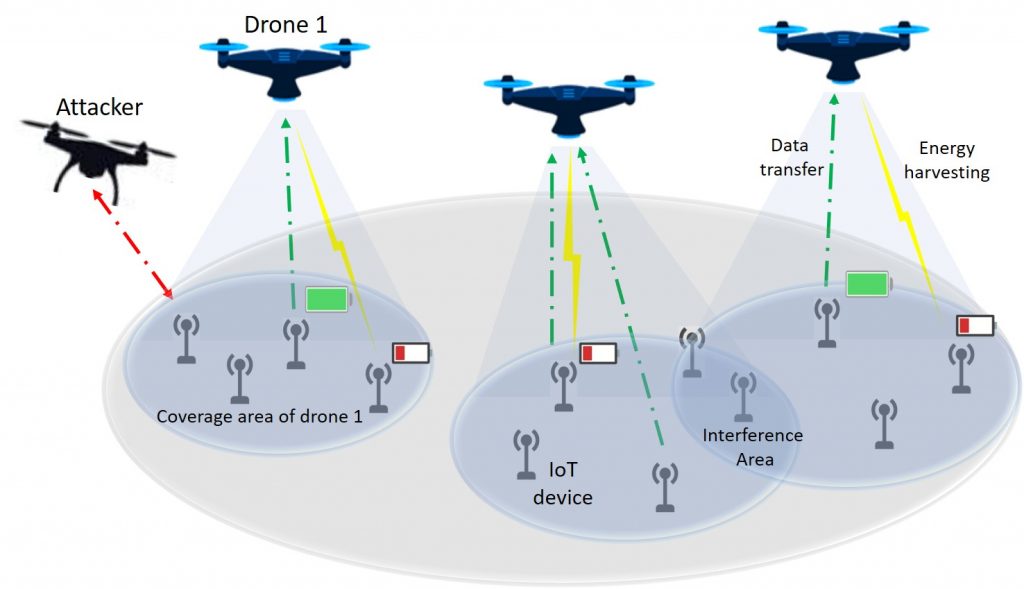