The Annen Head Office Project consists in a series of 23 vaults with spans ranging from 22.5 m to 53.7 m (due to the constraints of the project and the terrain) and constant high and width of 9 and 6 m respectively. The project will accommodate a 5800m2 facility including a timber prefabrication factory space and offices.

Each arch is a double-curved shell structure with a design inspired by Eladio Dieste’s Gaussian mansonry vaults. The shell is made of two interconnected layers of timber plates assembled with through-tenon joints. The vaults present overlapping s-shaped cross-sections. The plates are interconnected using 1DOF integral joints between all the plates (vertical and horizontal) to benefit at its most of the locator and connector properties. A prototype with 7.1 m span, 1.75 m width and 2 m height has been built for an exposition at the Advances in Architectural Geometry (AAG) conference in September 2016 and has been re-built for the Open Days 2016 of the EPFL. Built with 15 mm-thick spruce plywood panels, the arch was decomposed in six different modules assembled together with bolts. To avoid any clearance of the plates during the assembly of the six modules, all the plates have been glued between them (avoid initial slip). As the prototype had to be placed in an exposition room and could therefore not be anchored in the ground, specific supports had to be built. 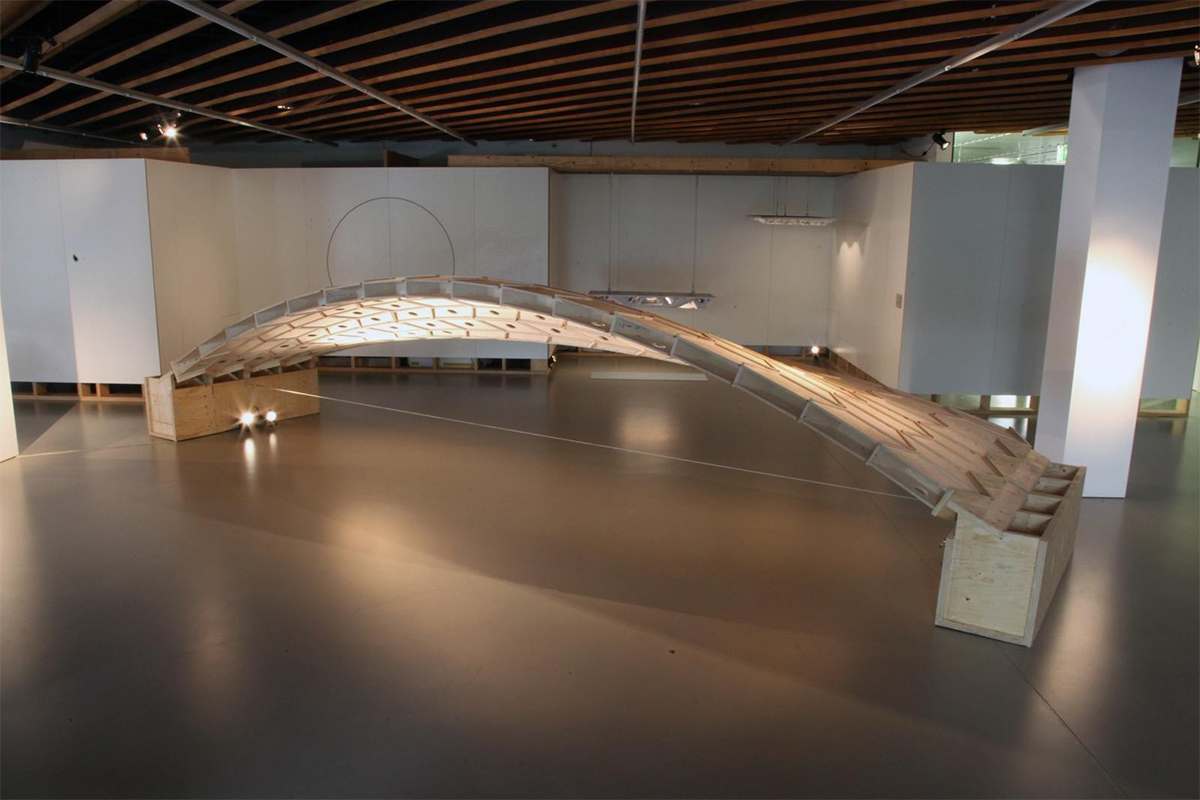 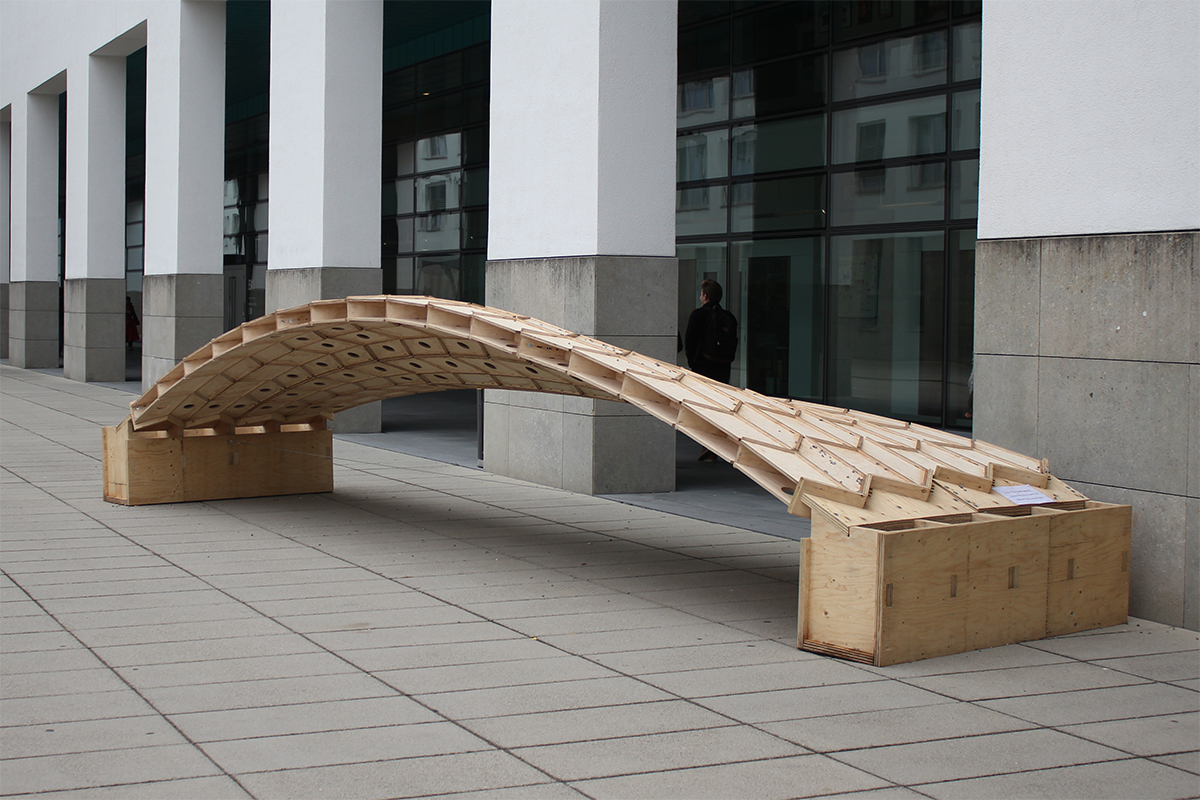 A 1:2 scale prototype of one arch (12.5 m span) has been successfully built. Glue was not used for this prototype but screws were inserted to avoid gaps between the different segments. The prototype was assembled in one single piece on its side and was lifted up to its vertical position. 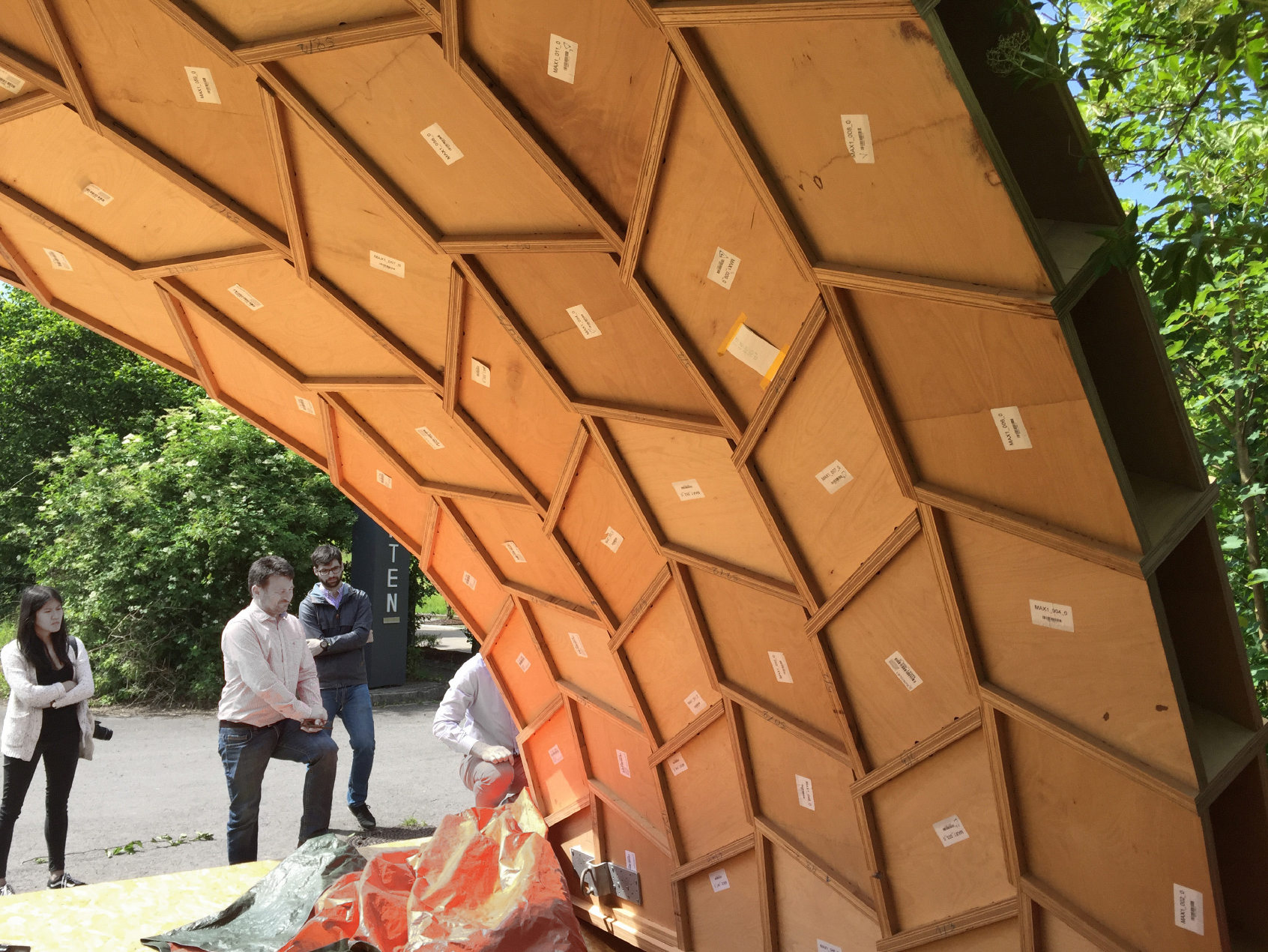 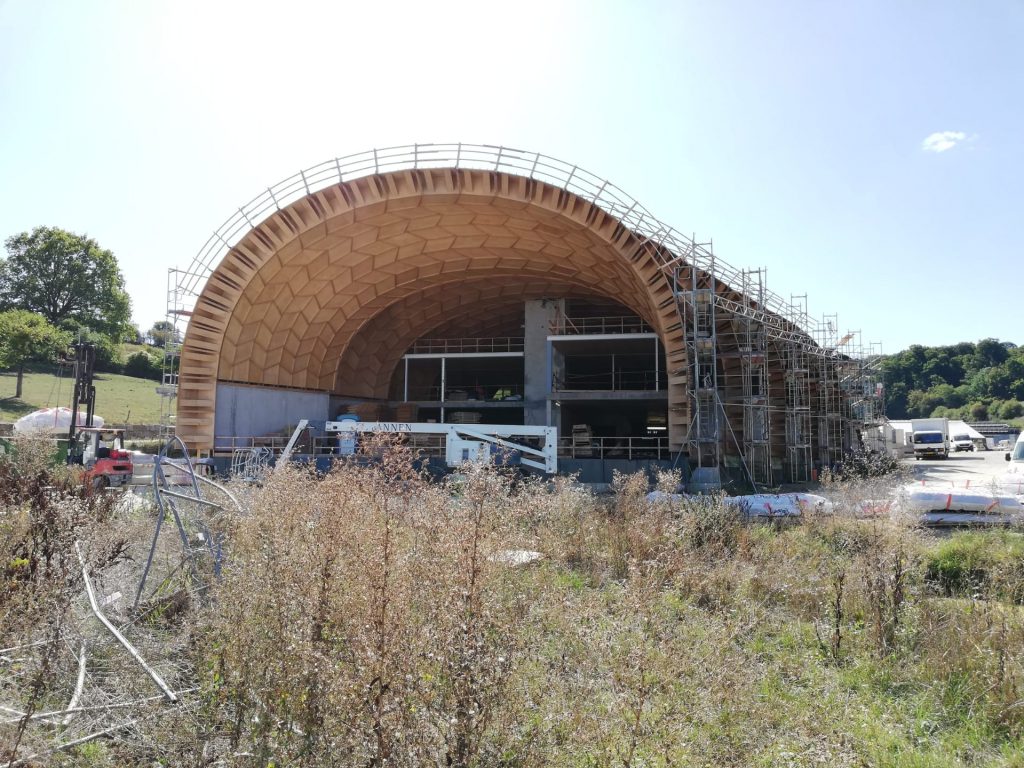 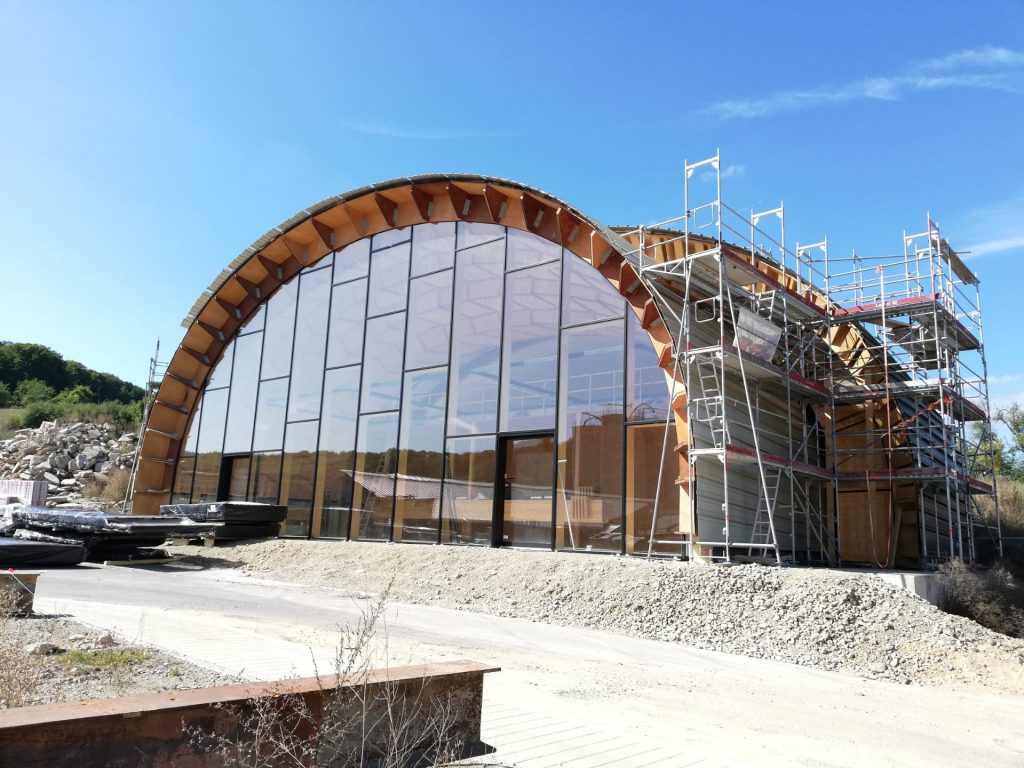