This structure has been initially designed by Bastien Thorel, student, during an architectural workshop, the Design Studio Weinand at IBOIS-EPFL, in 2008-2009, turning around the discrete architectural geometry. The student proposed a structure formed by imbricated wood panels. Only two different panels creates the structure and fills also the roles of cover and envelope. A V-form base module is fabricated connecting two mirrored timber panels. These modules are then slipped consecutively, to form an arch which is extended transversally. The arrangement of these panels in the space generates a light and permeable texture, bringing a poetic dimension and particularly adapted to the use imagined for the Paleo Festival in Nyon (Switzerland). A prototype of this structure has been realized at the EPFL in order to test the structural feasibility of the concept as well as to investigate the architectural ambiance. The project included development for 5-axis machining, as well as designing constructive details and fabrication of the structure. All V-form folded modules have been manufactured from 21 mm thick three-layer cross-laminated panels and cut by means of CNC machines. 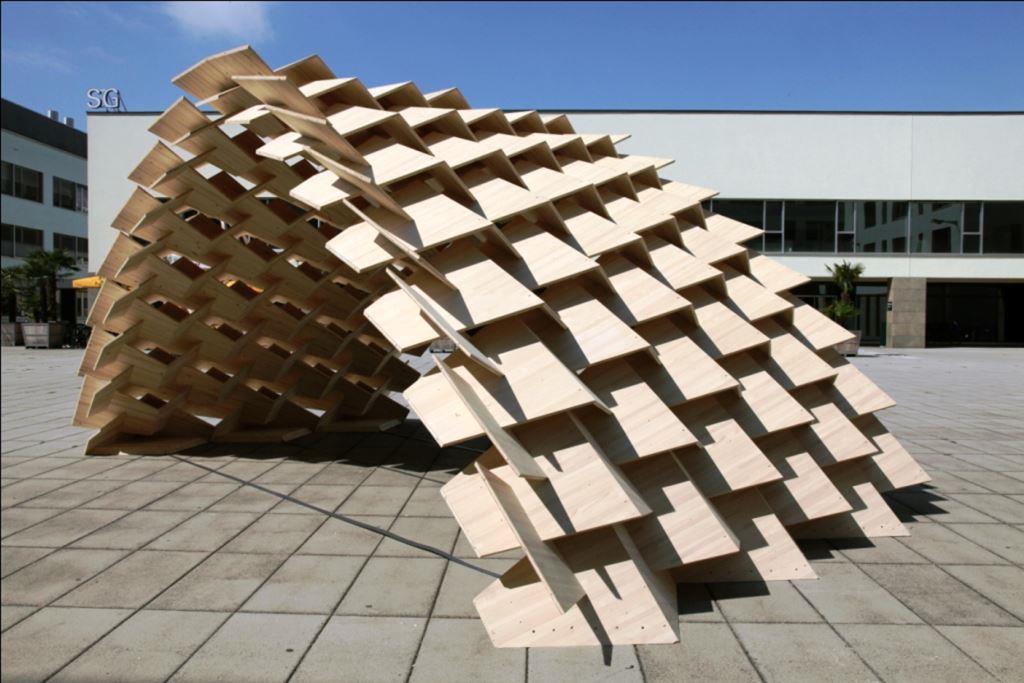 A Finite Element 3D model has been established to study the structural behavior of the modular arch and to propose alternatives in order to increase its structural stiffness. Sina Nabaei piloted this research. The analysis of the inital variante is illustratd below and shows a bending dominated behaviour: 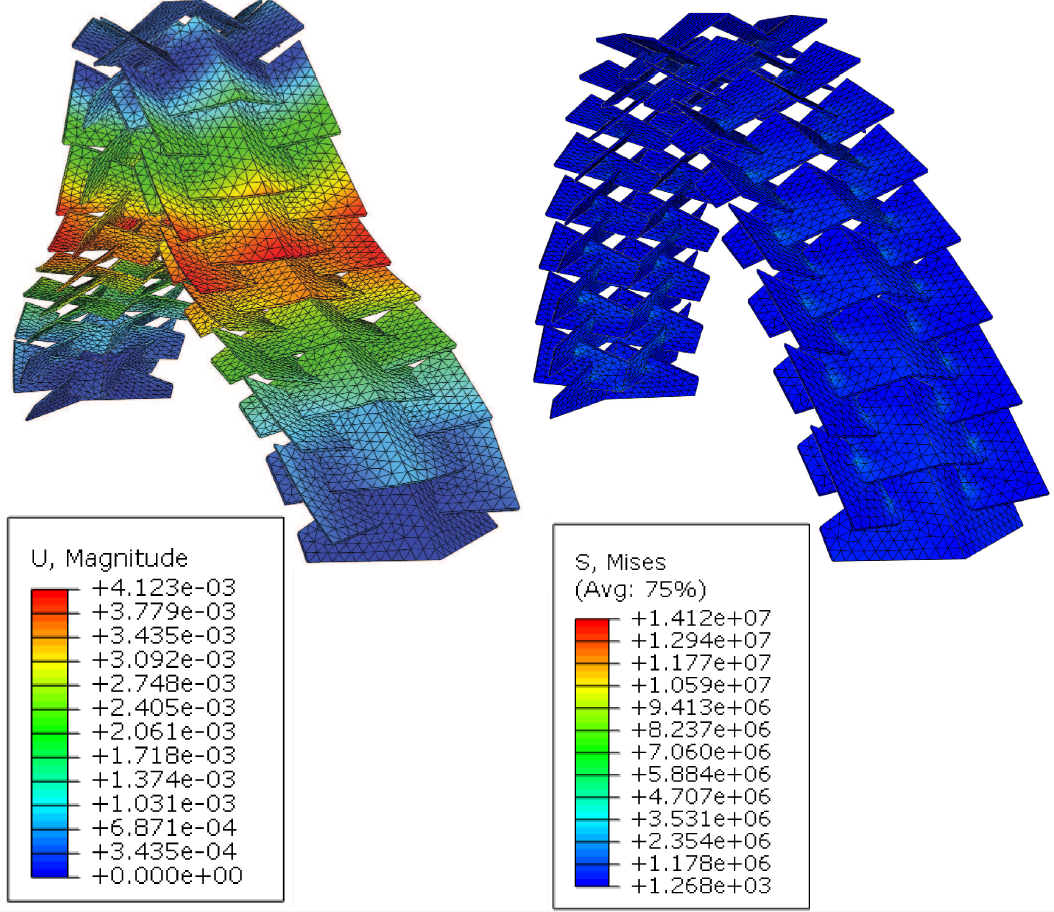 Two main variantes has been proposed which are illustrated below:

– Truss Variante: which creates a skleton (one mainly compressive and the other mainly under tension) in order to transfer forces between panels. 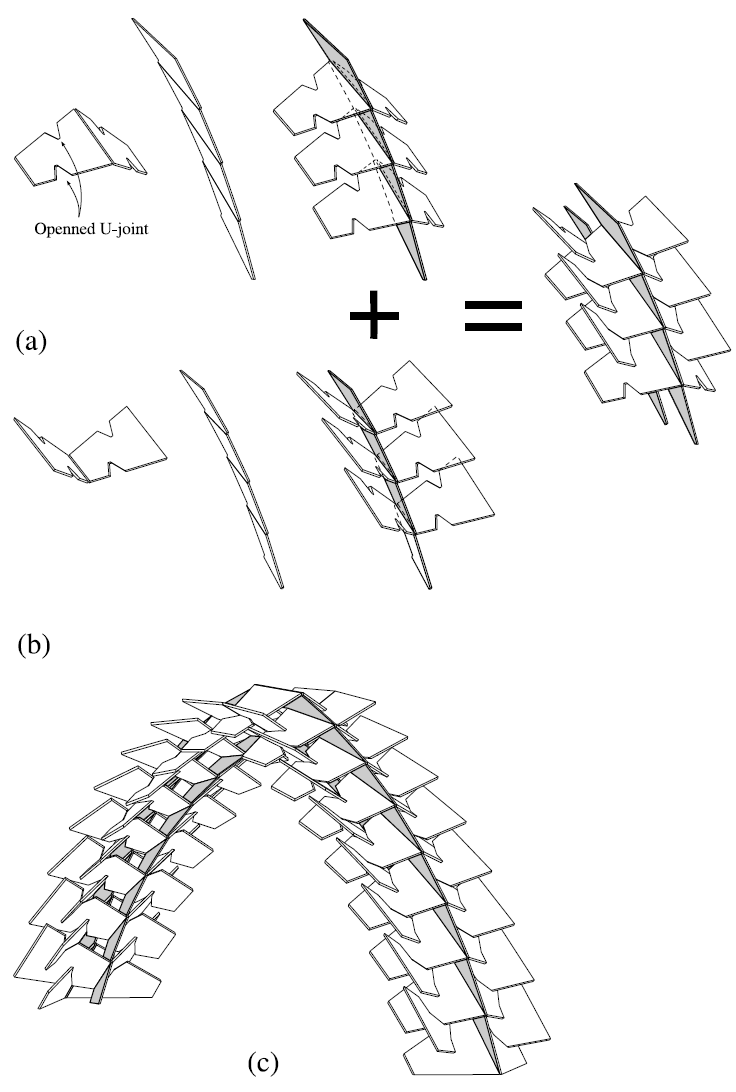 – Interlocked Variante: Which follows the initial logic of interlocking but increases the number of locking slots by shifting panels closer together. 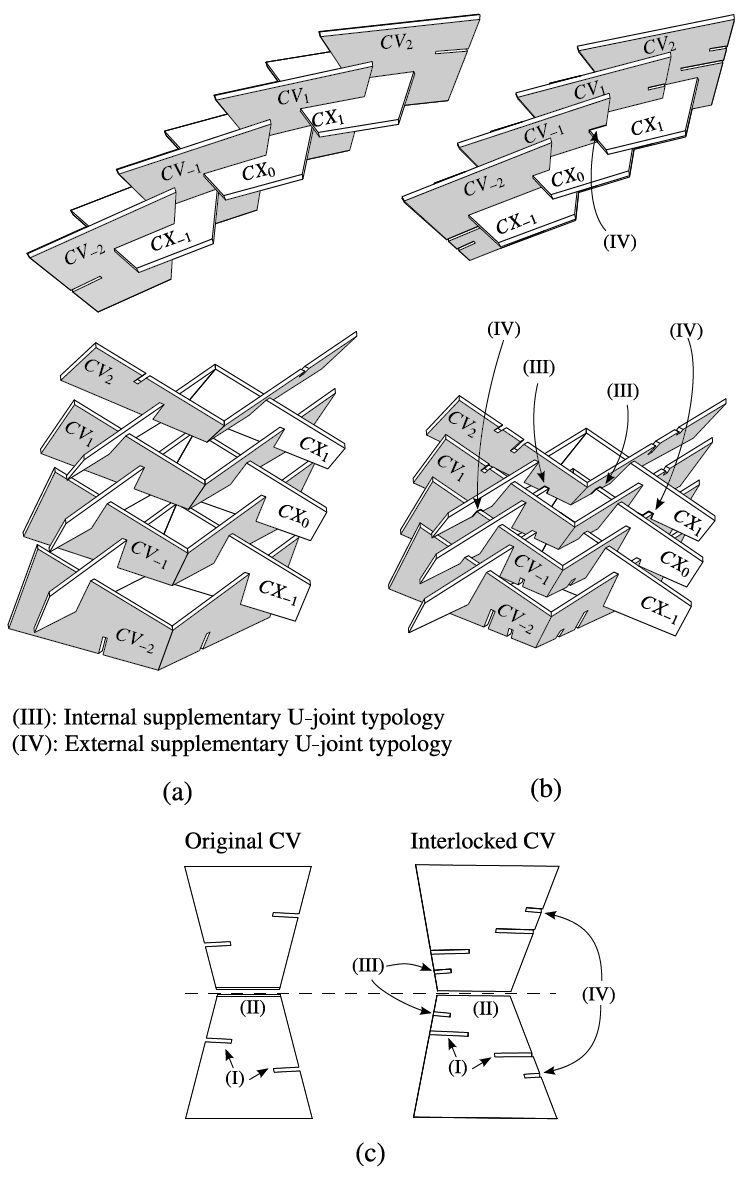 This structure shows an example for the design practice when the final form is driven by the connection technology, where complex modular global forms are proposed by means of mutually supported simple folded panels. This prototype inspires a new family of reciprocal frames, where instead of linear members (beam or bar), planar (folded or elastically deformed) members are mutually supported. As a further work, the same concept is employed where instead of folded panels curved thin deformed panels are used. The mutual supportiveness scheme of panels rests unchanged but the slide connection geometry needs to be determined based on a form-generation analysis. Moreover on such prototype, instead of single folded modules, continuous thin flat panels will be used where connections are milled and fabrication is realized by elastically deforming panels and sliding.