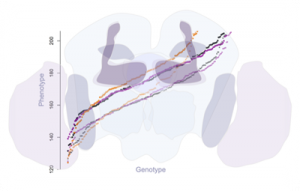 One of the greatest unresolved mysteries in both neuroscience and evolutionary biology is the evolutionary origin of extreme cognition, such as the one we find in humans. What could be the adaptive advantage for mere survival and reproduction to evolve a brain capable of understanding the intricacies of a universe? There have been a couple of hypotheses laid out, usually invoking the advantages provided by cognitive ability in navigating and exploiting complex social and environmental structures. Otherwise, it has been proposed that cognition is merely a pleiotropic side-effect of some other adaptive trait, or a result of relaxed selection on costly brain development. So far, our research on the topic has focused on the present outcomes of past selection processes. For example, using comparative phylogenetics we can look across different taxa and infer which of their genetic, environmental or social characteristics co-vary with the extent of their cognitive ability. These methods have been useful and informative for our understanding of brain evolution. However, due to the selection happening in the past it is nearly impossible to know exactly what was the specific selective pressure that demanded and propelled the marvelous evolution of cognition, resulting ultimately with the human brain. Our lab aims to unravel this mystery in an experimental way, by shifting from observations of outcomes of past events to directly imposing the hypothesized selective pressure onto a present population. To do so, we will use experimental evolution to select and eventually evolve cognition in populations of Drosophila melanogaster. We will employ either artificial selection directly on the cognitive ability of flies, or we will expose them to natural selection in environments hypothesized to promote the evolution of cognition. Ultimately, our aim is to find out if life in such environments does indeed result in higher cognitive ability. By tracking the changes in genetic composition of selected populations during the course of evolution we will pinpoint the genes that contribute to the realization of adaptive cognition. 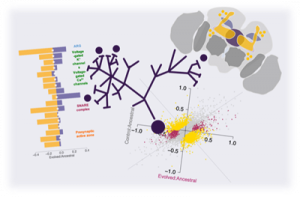 Evolution of any trait is severely dependent on the availability of phenotypic and genetic variation. Genetic and phenotypic diversity of neuronal and cognitive traits are no exception. However, producing new genetic variation takes time, as mutation occur seldomly and randomly, while their effects are more often deleterious or neutral for the fitness of an individual. However, many natural populations already harbor vast genetic diversity. This is because mutations that have been accumulating over long periods of time have persisted in a population, either due to their neutral effects, linkage to other beneficial variants, or other evolutionary forces, like stabilizing selection, or simple chance. When environmental contexts change, the effects of both the genetic variants and the phenotypes they underlie on individuals can change – they may become beneficial and selected. We are interested in uncovering genetic and phenotypic diversity of specifically neuronal traits that may be available to selection in natural populations selected for cognitive ability. By using Drosophila melanogaster lines with diverse genetic backgrounds, we can explore the link between natural standing genetic variation and phenotypes important for the evolution of cognition, such as neuronal function, neuron diversity, brain morphology or cognitive ability itself. This will allow us to uncover and investigate the genetic and molecular mechanisms regulating the neuronal traits of our interest. At the same time, by linking the available genetic variation with selected, adaptive variation underlying cognitive ability, we can infer what is the genetic architecture of evolution of a cognitive brain.