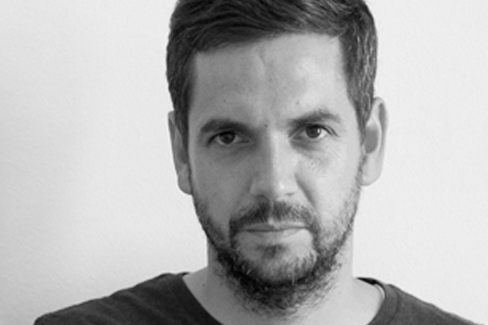 Daniel Zamarbide obtained his master degree at the Institut d’Architecture de l’Université de Genève (IAUG) in 1999. During his studies, he followed the workshops of Christian Marclay, Philippe Parreno and Catherine Queloz at the Ecole Supérieure de Beaux Arts in Geneva.

In the year 2000 he becomes a founding member of group8, an architectural practice that has acquired an important national and international recognition. Daniel Zamarbide has developed through the years a particular interest in the protean aspects of his discipline and nourishes his work and research through other domains like philosophy, applied and visual arts as well as cinema.

As a guest lecturer and jury, he is often invited to a diversity of international architectural schools and cultural institutions to present and discuss his work and researches. Since 2003 his interest in education has led him to be a professor at the HEAD (Haute École d’Art et Design) in Geneva and a guest professor and co-director of ALICE laboratory’s year one at the EPFL (École Polytechnique Fédérale de Lausanne).

In 2012 Daniel left the group8 to pursue a more personal path, closer to his more intimate interest. His project (now signed under the generic name of BUREAU), explore the possibilities of architectural realm. Architecture is thought and practiced in a variety of formats (scenography, installations, objects, designs, permanent and temporary architecture). Critical writing is also part of Daniel’s activities which he develops in different institutional publications as well as his own journal, an editorial project eponymous to his practice that has begun in 2017.