The monitoring of high resolution vertical meteorological profiles is essential to determine the impact of urban areas / buildings on these variables. It is necessary to represent these effects when evaluating building energy use, air pollutant dispersion and renewable energy potential in urban planning scenarios. 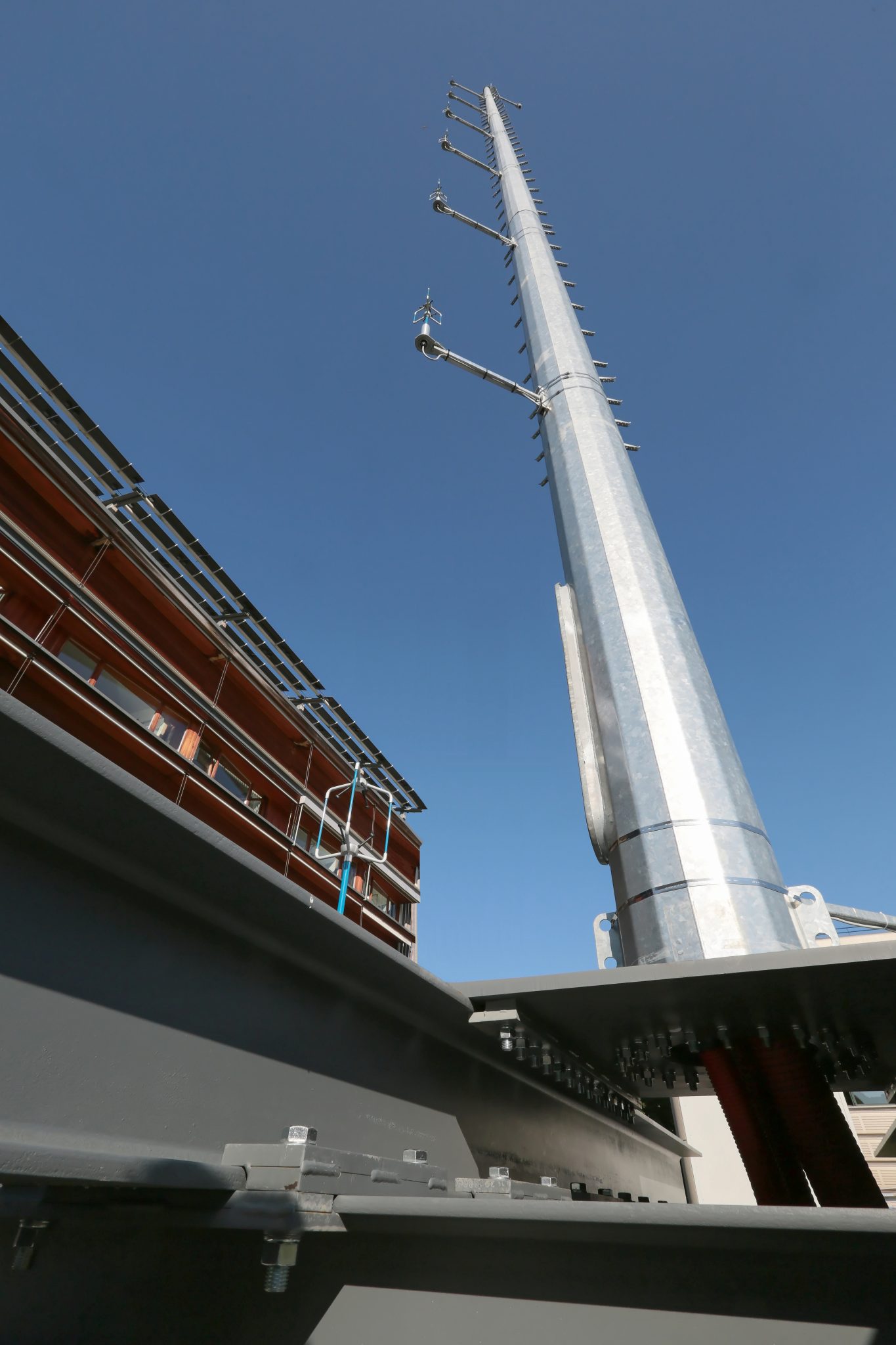 The Fifth Assessment Report (AR5) issued by the IPCC (Intergovernmental Panel on Climate Change) in 2013, stated that there is clear evidence that the current global warming is being caused by human activities. There is compelling proof this is due to the release of greenhouse gases (GHG) such as carbon dioxide (CO2) from the combustion of fossil fuels to produce energy (IPCC 2013).

Since 2010, more than 50% of the world population lives in urban areas and this figure is expected to rise to 75% by 2050 (UN-Habitat 2009). Urban development as well as the expansion of cities, through the modification of land uses (from natural to artificial) modify the local energy budget and wind patterns: this causes a phenomenon named Urban Heat Island (UHI) (T. R. Oke 1982).  The industrialization of urban areas also brought air, noise and water pollution to these sites.  Regulations have been enforced since then to protect the health and the well-being of urban citizens but also that of the existing fauna and flora.

A large proportion of global energy demand has been related to buildings which, therefore, are one of the main sources of air pollution. Approximately half of the primary energy use in Switzerland occurs in buildings. Of this energy, about 30% is consumed by space heating, cooling, and water heating; 14% through electricity use, and 6% through construction and maintenance (SFOE 2011). In addition, the building sector accounts for more than half of the CO2 emissions in Switzerland, which shows that it is among the most significant contributors to carbon emissions. This implies also that the building sector provides a real opportunity for a large improvement with regards to energy efficiency and reduction of CO2 emission.

The use of energy in urban areas also modifies the local heat balance and hence can lead to enhanced energy consumption in buildings. Architectural, designing and construction techniques (isolation of walls or roofs, double or tripled paned windows) are now used to build more efficient and less energy consuming buildings. When conceiving the latter, modelling tools are often used to provide estimates of their energy consumption.

It is now well known that the urban climate depends on a series of processes taking place at different spatial (from global to local) and temporal scales (Oke 1982); building energy demand and urban climate are also closely related and interdependent (Ashie, Thanh Ca, et Asaeda 1999; Salamanca et al. 2011; Mauree 2014; Mauree et al. 2015). It is thus essential to have access to tools, which can evaluate – with precision – the interactions that exist between buildings, their energy use as well as the local climate. Several models have been developed in the recent years to better represent the various phenomena influencing energy use and urban climate. However, most of these models work best at different scales (regional, urban, building).

The complexity of the urban micro-climate cannot be represented with simple physical formulas. Parameterizations of the processes have to be developed and integrated in models to simulate the processes taking place in an urban setup and at different scales. The appropriate formulation of the parameterizations needs to be undertaken in two steps: first measurements have to be used to understand the physical processes (generation of mechanical turbulence, buoyancy and thermal stratification, eddy size, etc.) within urban areas and second formulation generalizing these processes can then be developed.

The validation and reproduction using other monitoring studies are crucial to improve models for the turbulence, heat flux exchange, building energy use, thermal stratification of the lower boundary layer and for air pollutant modelling. It is foreseen that this monitoring will enhance the representation of urban areas in meteorological models as well as improve meteorological variables used as inputs in building energy models.

For the reasons mentioned above, we have installed a 27m mast with instruments at a regular interval (4m) along the vertical axis to obtain a high-resolution profile of meteorological parameters. The mast has been installed on the EPFL campus, in Lausanne, Switzerland, next to the LESO experimental building.

The geographical location of the future monitoring tower makes it a very good candidate for the measurement of meteorological variables. The EPFL campus can be seen as a complex and dense urban setup (typical of a number of European cities) and the courtyard next to the LESO building as a canyon covered partially by grass and asphalt. Besides the location of the campus itself, is very interesting because of the thermal inertia of the lake as well as the close proximity to the mountains.

Eco-Sim: A Parametric Tool to Evaluate the Environmental and Economic Feasibility of Decentralized Energy Systems

Impact of evapotranspiration on the local microclimate

The role of distributed energy systems in European energy transition

Multi-scale modeling of the urban meteorology: Integration of a new canopy model in the WRF model

Cooling potential of greening in the urban environment, a step further towards practice

A transdisciplinary approach to understand, compute and visualize the city interface

Data To Reproduce “Cim-Citysim Coupling” On The Epfl Campus

Measurement of the impact of buildings on meteorological variables

Improving local wind estimation for the automated control of blinds

On the Coherence in the Boundary Layer: Development of a Canopy Interface Model

Evaluation of building energy use: from the urban to the building scale