There are already many low-cost wheeled systems existing, but not many legged systems. In Biorob, we want to create an extension to the already existing Rando (http://www.bot-hed.com/). We want to build a low-cost two-legged dynamic running robot. But as this is not as easy as one could think, we decided to build in this first project a low-cost one-legged hopping robot. 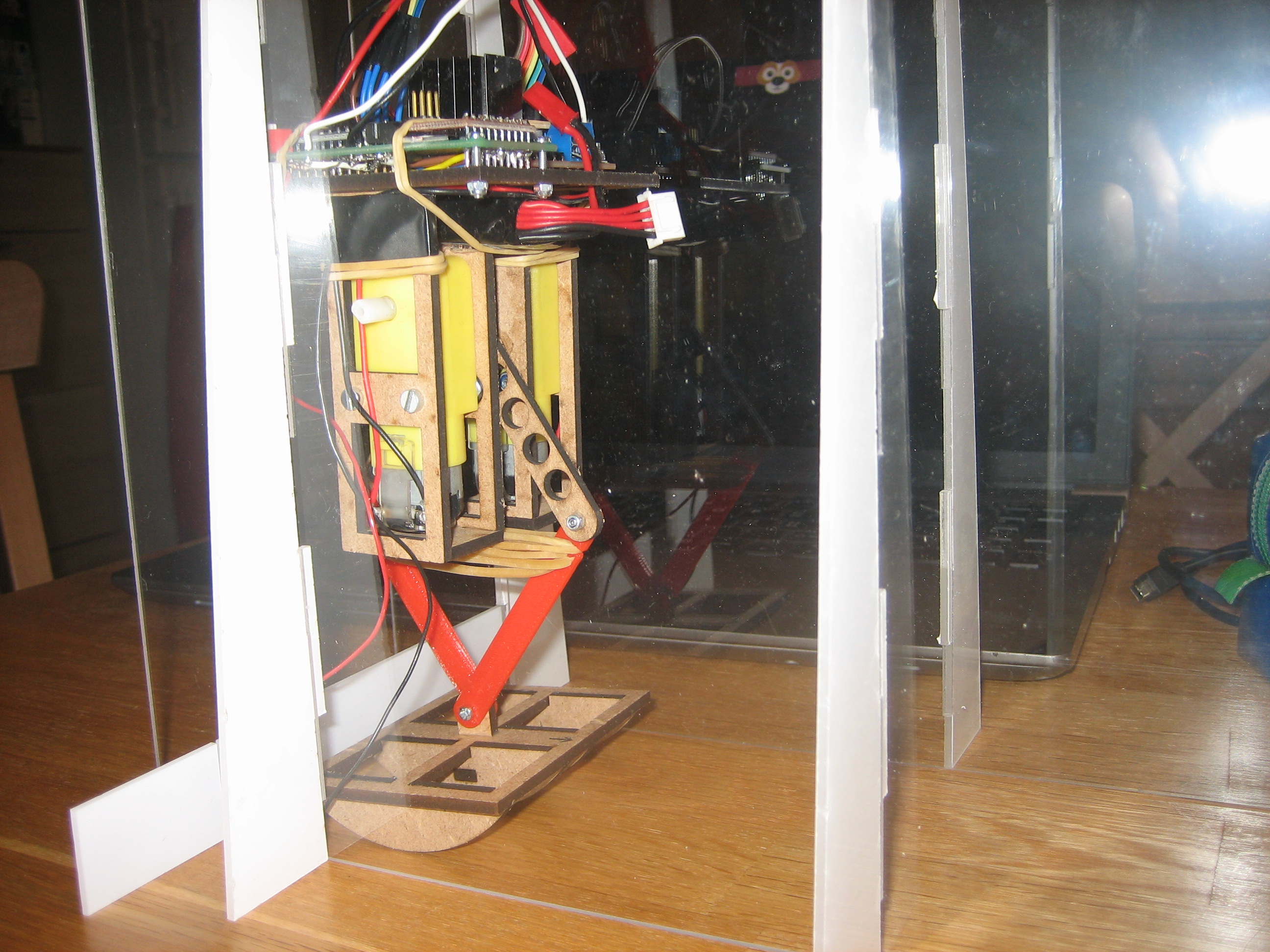 The parts were laser-cutted from MDF and glued together. Where there was a movable joint needed, a screw fixed the parts together. The following parts were used: 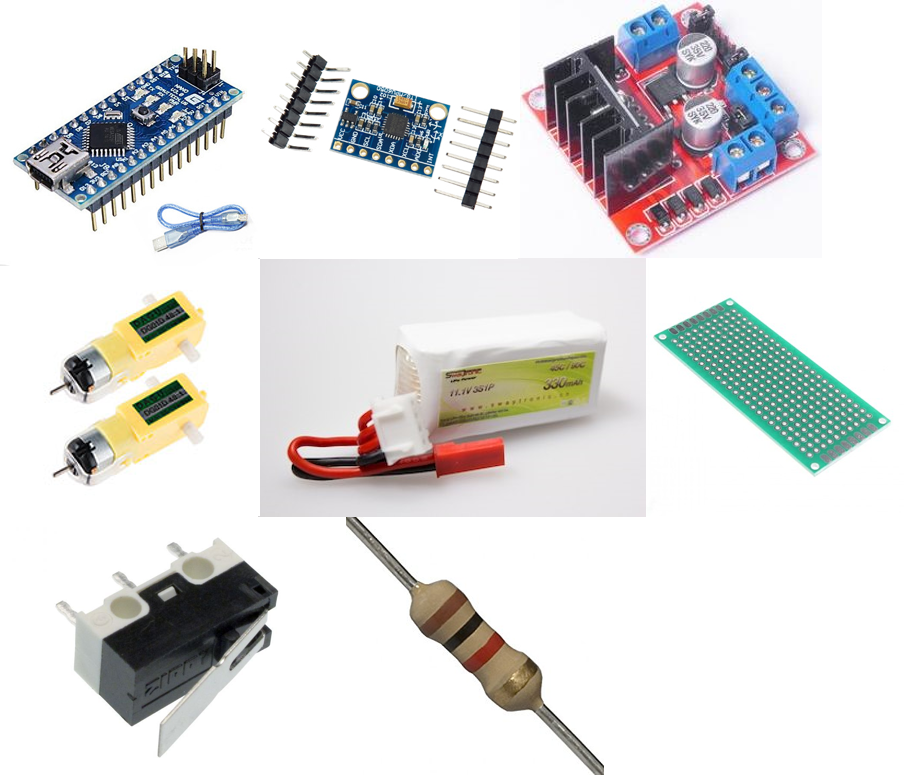 The linking of the components is the following: 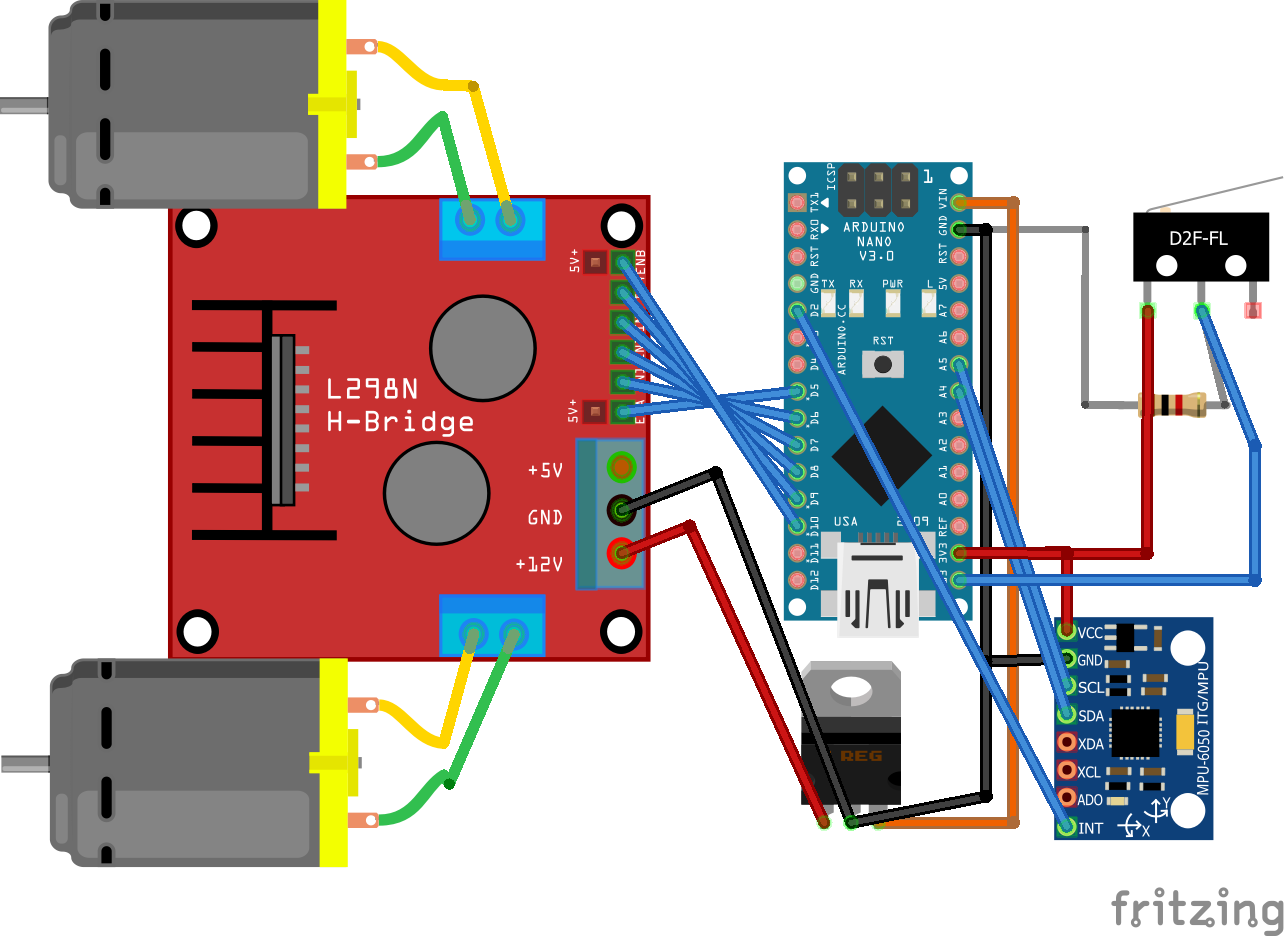