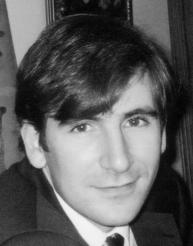 Dr. Diego Santa Cruz was born in Santiago, Chile, on July 24, 1973. In March 1997 he received his Diploma in Electrical Engineering from the Swiss Federal Institute of Technology, Lausanne (EPFL). For the third year of his studies at the EPFL he has awarded a one-year exchange fellowship to study at the Electrical and Computer Engineering department (ECE) of Carnegie Mellon University (CMU – Pittsburgh, PA, USA ). His work concentrated on audio processing. He performed his Diploma work at the Signal Processing Laboratory (LTS) at EPFL. It consisted in the study of a multi-feature approach for general-purpose video sequence segmentation. After receiving his Diploma he worked at Cambridge Technology Partners (CTP), Geneva as an IT consultant for eight months. In March 1998 he joined the Signal Processing Laboratory (LTS) in the Visual Information Processing Group (TV Group) as a PhD student and research assistant, working mainly in the area of image and 3D model compression as well as image security. He finished his PhD in May 2003.

A study of JPEG 2000 still image coding versus other standards

An analytical study of JPEG 2000 functionalities

How to Bypass the Was-senaar Arrangement: A New Application for Watermarking

Region of interest coding in JPEG2000 for interactive client/server applications