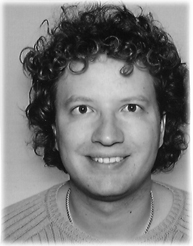 Dr. Yannick Maret was born in 1975. He did an apprenticeship in electronics and obtained his Certificat Fédéral de Capacité in 1995.

In 1999, he achieved a bachelor degree in electrical engineering at the Haute Ecole Valaisanne. Afterwards, he pursued his studies at the Ecole Polytechnique de Lausanne, and graduated in 2003 with a thesis on subdivision surfaces. This thesis work was conducted in the Grupo de Tratamiento de Imágenes at the Universidad Politécnica de Madrid.

During his master studies, he worked eight months for the unité infotronique at the HEVs on developing a PCI core in synthesizable VHDL. During two summers he was also a trainee at the Institut de Recherche Ophatlmologique, working on optical engineering and on the analysis of blood flow signals.

In May 2003, he joined the Signal Processing Institute as a PhD student. In May 2007, he defended his thesis entilted “Efficient image duplicate detection based on image analysis.” He is currently working at ABB Corporate Research in Baden Daettwil.

Identification of Image Variations based on Equivalence Classes

Images Identification Based on Equivalence Classes