The project aimed to analyze two different gait behavior observed in gait analysis at very slow speeds: Walking and Stepping. The former is the behavior usually observed at normal speeds where the stance phase is described by a hell-strike and toe-off pattern. However, it is observed that some healthy and pathological subjects tend to put the foot at on the ground during the foot strike event. We call this particular gait pattern as “Stepping”. The study aims to differentiate these two different gait patters and to define whether the subjects perform Stepping or Walking at very slow speeds. The parameters studied are the spatio-temporal and the kinematic ones. OptiTrack – Motion Capture Systems has been used to record the motion of 3 healthy subjects on treadmill and the kinematic parameters were extracted using inverse kinematic in OpenSim, Three different instructions modules were given to the subjects: No_instructions (the subject had to walk on the treadmill at different speeds without as they feel more natural), Walking and Stepping. The results showed that the analyzed subject tends to perform Stepping rather than walking at very slow speeds and the gait resembled more Walking as the speed increased. It was also observed that there is a transition phase where the gait performed without any instructions could not be assigned to one of the two categories (Walking and Stepping) since the discriminant powers were very similar. 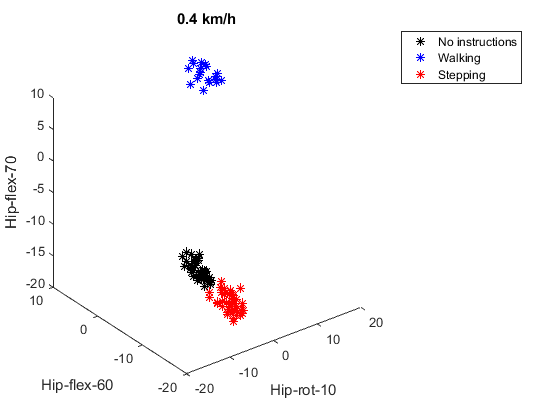 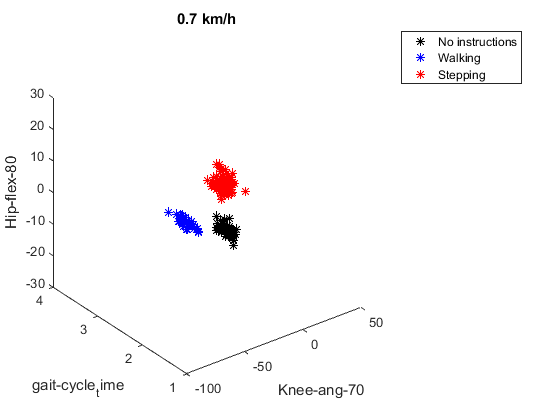 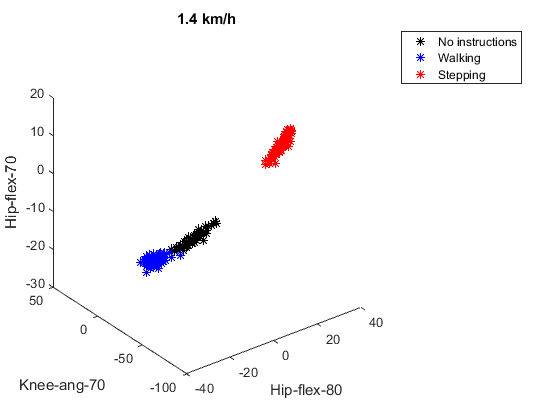 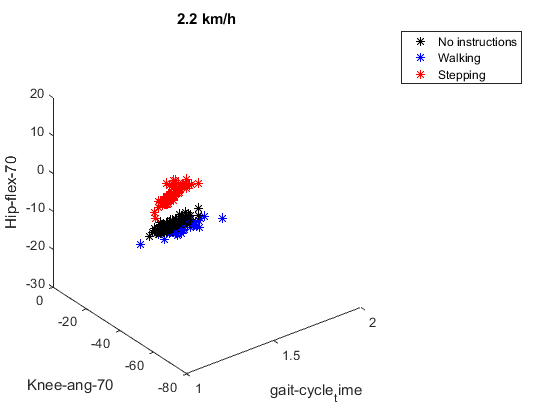