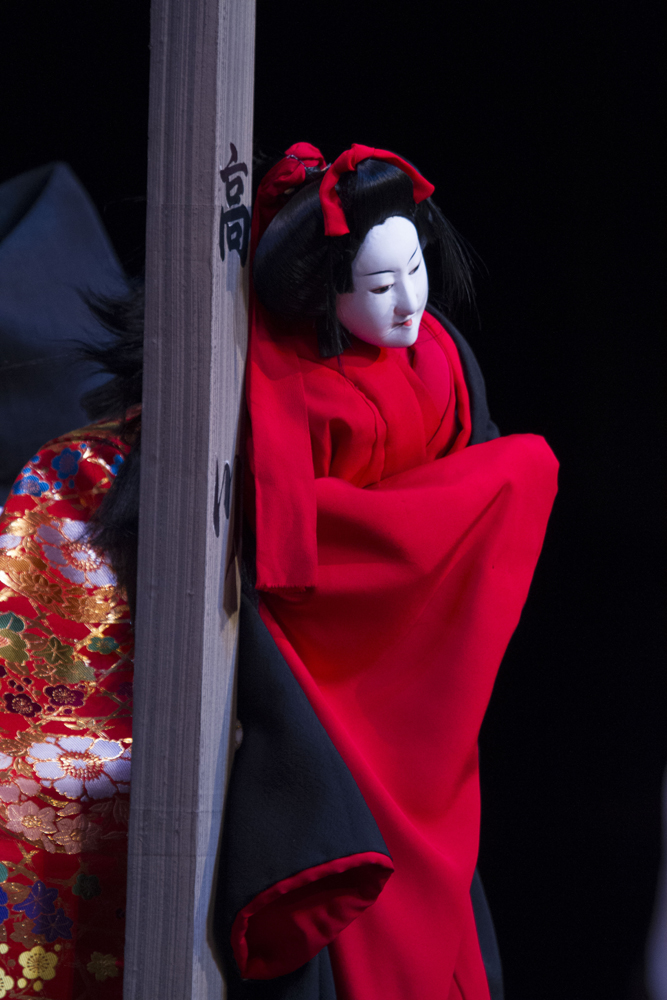 Bunraku: It takes three puppeteers to operate each of the main marionettes. The lead puppeteer, omo zukai, is in charge of controlling the head using a stick that is fitted with levers, as well as the puppet’s right hand. The hidari zukari is in charge of its left hand, and the ashi zukari is responsible for its legs and feet. Puppets representing female characters lack legs, which the puppet master represents by sliding his hands through the bottom hem of the marionettes clothing. It takes a great deal of coordination between the three puppeteers to convincingly bring the puppet to life. The puppeteers are dressed in dark hooded cloaks, except for the lead puppeteer, whose head is bare.

Becoming a puppeteer requires years of training. A novice puppeteer will begin his career by controlling the marionettes feet, then graduate to controlling its left hand, before being promoted to the head and right hand. According to an ancient saying, it takes ten years to master the feet, and five more for the left hand.

Description of the plays:

The tickets for this event are for sale on STARTICKET. EPFL students and collaborators will be given a chance to win one of 200 free tickets by signing up via a registration form. → Registration closed, all free tickets have been given