Soils are generally weak in tension, and the determination of tensile strength encounters many experimental difficulties. Consequently, tensile data for soils are rare. However, tensile failure is involved in many processes in geotechnics, including desiccation cracking and slope stability.

Test methods have been developed in the laboratory of Soil Mechanics in order to determine the tensile strength of soils in the conventional triaxial apparatus under controlled or measured stresses and strains. Such methods allow the investigation of the failure criterion at small stresses and the suction and the stress state to be controlled during the whole test (unlike conventional techniques such as Brazilian test or direct tension test). 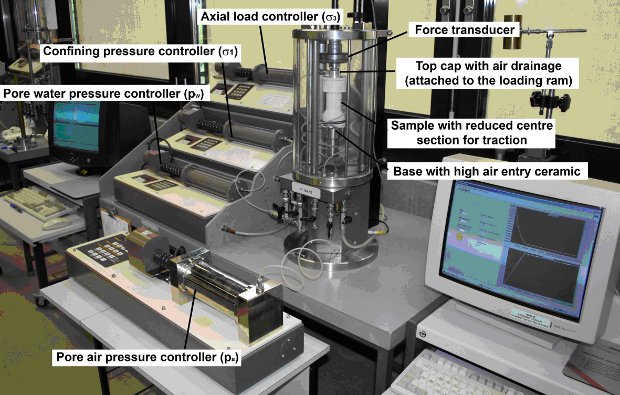 Triaxial device for tensile strength measurement with control of suction