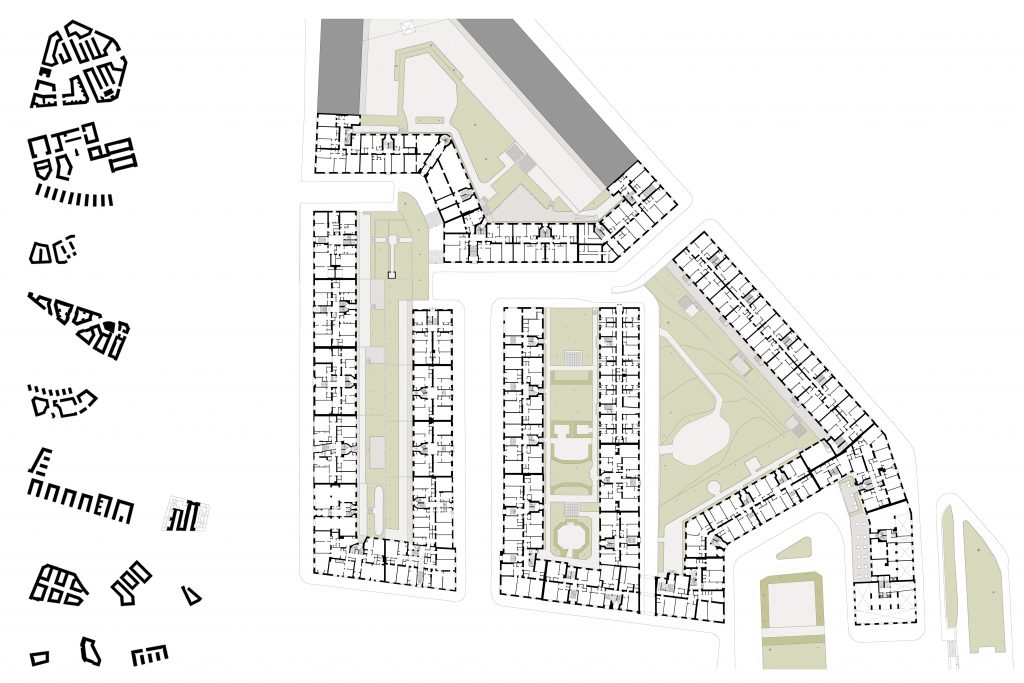 The research study examines urban policies and mass housing complexes in Stockholm during the period of dramatic housing shortage and establishment of social democracy in the first half of 20th century. Particularly, the focus goes to the timespan between the end of World War I and the 1930 Stockholm exhibition when functional principles were imported in Sweden from other European leading countries like Germany. First residential experiments of 1910s-1920s in Stockholm are very poorly documented and practically unknown outside of Sweden. In reality, such operations illustrate a side to Stockholm development, the principles of which have long been almost ignored, a forgotten mean of modern expression due to their classical motifs in the architectural language of the façades. From a typological point of view, these housing districts employed a less radical model, that is the “courtyard block”. Starting from the reformation of the high-density urban block of the 19th century, Swedish architects and urban planners progressively experimented variations in the perimeter of the block via opening up and grouping in several blocks. They also enhanced the concrete potential of one or multiple groups of enclosed or semi-enclosed green inner space. The goal is to show how the model adopted (Storgårdskvarter) had been fundamental element of development and consolidation of urban fabric, based on an idea of continuity, both typological and morphological, and assumed the character of the specific part of city where they were built.

The methodology applied here comprises of a systematic architectural exploration of archival items (original drawings and photos) and dedicated literature, and analytical re-drawings accompanied with quantitative analytical parameters (land lot, building footprint, land occupancy rate, density, green and no green surface, etc.). The study takes as central the relationship between urban morphology and dwelling type, because even a residential district is a piece of city form. These graphic documents display for the very first time the typological assemblage of dwelling units and the design of the communal space. These illustrate also the wealth of typological variations of dwelling units and some first remarkable achievements of standardization.