Final of the competition "My Thesis in 180 seconds"

Information on the Competition

Each participant has three minutes to present his or her research, in plain language, to a non-specialist audience and a jury made up of researchers, journalists and business people.

The challenge: make your thesis topic easily understandable in clear, concise and convincing French or English – and with the help of only one slide! During the selections, which will take place in January and February 2023, participants will be filmed under competition conditions, and a multidisciplinary jury will choose finalists based on the videos, rating each participant’s performance according to the criteria in the official rules.

Participants will also have a unique opportunity to take part in a day of training in public speaking given by media professionals. Their aim will be to help you present your work effectively.

Prizes will be awarded to the top three presentations in the final. A special audience award will also be given.

The aim is also to inform the general public about the wide and exciting range of scientific research being carried out. Last but not least, it is an opportunity for participants to meet PhD students working in other fields and learn about their work.

Since 2016, the course is recognized by the EPFL Doctoral School. Participants in the MT180 competition may receive an ECTS credit towards their doctoral degree.

Conditions to receive credit are:

Media professionals will provide advice on word choice, body language and intonation – the sort of feedback that will also prove useful in your future career.

Participation in one of the training session, in English or in French is one of the two conditions to receive an ECTS credit.

At EPFL 14 PhD students are selected each year to participate in the final and present their Thesis in 180 seconds, either in French or in English.

The jury for the final is made up of representatives from the scientific community and broader science world, the business world and the media.

All prizes are awarded at the final, including the audience prizes awarded during the MT180 selections, worth CHF 200 per selection day.

The best EPFL finalists will have the opportunity to compete in the Swiss final organised by CUSO, which takes place every year in May in its French-speaking version.

“My Thesis in 180 Seconds” competitions  are implemented in several countries, with French-language versions taking place so far in Canada, France, Belgium and Morocco.

MT180 was inspired by “Three Minute Thesis (3MT®),” which was first held at the University of Queensland, Australia in 2008.

The best finalist in Switzerland can compete in the international final, which takes place in its French version every autumn. 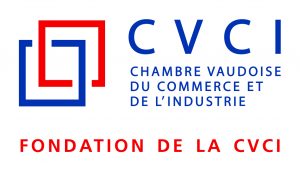 My Thesis in 180 Seconds is organised at EPFL by the Science Outreach Department with support from the Doctoral School and Learning & Development, and in collaboration with Mediacom Events, the Audiovisual Service, Keep Learning and the Research Office.

Get to know us better

Our Missions and Actions