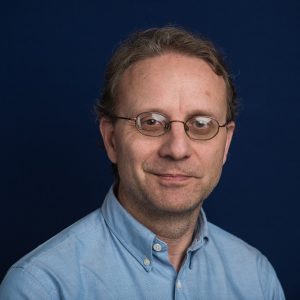 Photon counting has entered the realm of image sensing with the creation of deep-submicron CMOS SPAD technology. The format of SPAD image sensors has expanded from 8×4 pixels in 2004 to the recent megapixel camera in 2019, and the applications have literally exploded in the last few years, with the introduction of proximity sensing and portable telemeters. SPAD image sensors are today in almost every smartphone and will soon be in every car. The introduction of Quanta Burst Photography has created a great opportunity for photon counting cameras, which are ideally suited for it, given its digital nature and speed; it is however computationally intensive. A solution to this problem is the use of 3D stacking, introduced for SPADs in 2015, where large silicon real estate is now available to host deep-learning processors, neural networks directly on chip, thus enabling complex processing in situ and reducing the overall power consumption. But the real opportunity is the emergence of a variety of quantum imaging modalities, including ghost imaging, quantum plenoptic vision, quantum LiDAR, to name a few. The talk will conclude with a technical and economic perspective on SPAD imagers and the vision for massively parallel solid-state photon counting in scientific and consumer applications.

He has consulted with numerous organizations, including Bosch, X-Fab, Texas Instruments, Maxim, Sony, Agilent, and the Carlyle Group. He was with Cadence Design Systems from 1995 to 2000, where he was the Architect of the company’s initiative on information hiding for intellectual property protection. In 2000, he joined Canesta Inc., as the Chief Architect, where he led the development of wireless 3-D CMOS image sensors. Since 2002 he has been a member of the faculty of EPFL, where is a full professor. From 2008 to 2016 he was with Delft University of Technology’s as Chair of VLSI design. Dr. Charbon has been the driving force behind the creation of deep-submicron CMOS SPAD technology, which is mass-produced since 2015 and is present in telemeters, proximity sensors, and medical diagnostics tools.

His interests span from 3-D vision, LiDAR, FLIM, FCS, NIROT to super-resolution microscopy, time-resolved Raman spectroscopy, and cryo-CMOS circuits and systems for quantum computing. He has authored or co-authored over 400 papers and two books, and he holds 23 patents. Dr. Charbon is a distinguished visiting scholar of the W. M. Keck Institute for Space at Caltech, a fellow of the Kavli Institute of Nanoscience Delft, a distinguished lecturer of the IEEE Photonics Society, and a fellow of the IEEE.