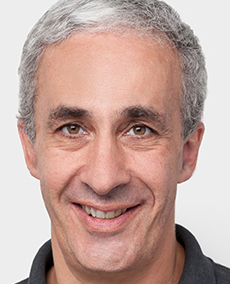 Geometric Deep Learning has recently made striking progress with the advent of Deep Implicit Fields (SDFs). They allow for detailed modeling of watertight surfaces of arbitrary topology while not relying on a 3D Euclidean grid, resulting in a learnable 3D surface parameterization that is not limited in resolution. Unfortunately, they have not yet reached their full potential for applications that require an explicit surface representation in terms of vertices and facets because converting the SDF to such a 3D mesh representation requires a marching-cube algorithm, whose output cannot be easily differentiated with respect to the SDF parameters.

In this talk, I will our approach to overcoming this limitation and implementing convolutional neural nets that output complex 3D surface meshes while remaining fully-differentiable and end-to-end trainable. I will also present applications to single view reconstruction, physically-driven Shape optimization, and bio-medical image segmentation.

Pascal Fua received an engineering degree from Ecole Polytechnique, Paris, in 1984 and a Ph.D. in Computer Science from the University of Orsay in 1989. He joined EPFL (Swiss Federal Institute of Technology) in 1996 where he is a Professor in the School of Computer and Communication Science and head of the Computer Vision Lab. Before that, he worked at SRI International and at INRIA Sophia-Antipolis as a Computer Scientist. His research interests include shape modeling and motion recovery from images, analysis of microscopy images, and Augmented Reality. He has (co)authored over 300 publications in refereed journals and conferences. He has received several ERC grants. He is an IEEE Fellow and has been an Associate Editor of IEEE journal Transactions for Pattern Analysis and Machine Intelligence. He often serves as program committee member, area chair, and program chair of major vision conferences and has cofounded three spinoff companies.