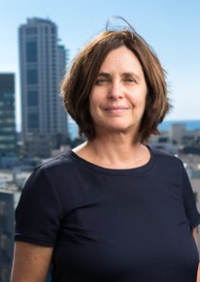 Cryptography and Computational Learning have shared a curious history: a scientific success for one often provided an example of an impossible task for the other. Today, the goals of the two fields are aligned.  Cryptographic models and tools can and should play a role in ensuring the safe use of machine learning.  I will discuss this development with its challenges and opportunities.

Shafi Goldwasser is Director of the Simons Institute for the Theory of Computing, and Professor of Electrical Engineering and Computer Science at the University of California Berkeley.

Goldwasser holds a B.S. Applied Mathematics from Carnegie Mellon University (1979),and M.S. and Ph.D. in Computer Science from the University of California Berkeley (1984).

Goldwasser was the recipient of the ACM Turing Award in 2012, the Gödel Prize in 1993 and in2001, the ACM Grace Murray Hopper Award in 1996, the RSA Award in Mathematics in 1998, the ACM Athena Award for Women in Computer Science in 2008, the Benjamin Franklin Medalin 2010, the IEEE Emanuel R. Piore Award in 2011, the Simons Foundation Investigator Award in2012, and the BBVA Foundation Frontiers of Knowledge Award in 2017. Goldwasser is amember of the NAS, NAE, AAAS, the Russian Academy of Science, the Israeli Academy ofScience, and the London Royal Mathematical Society.