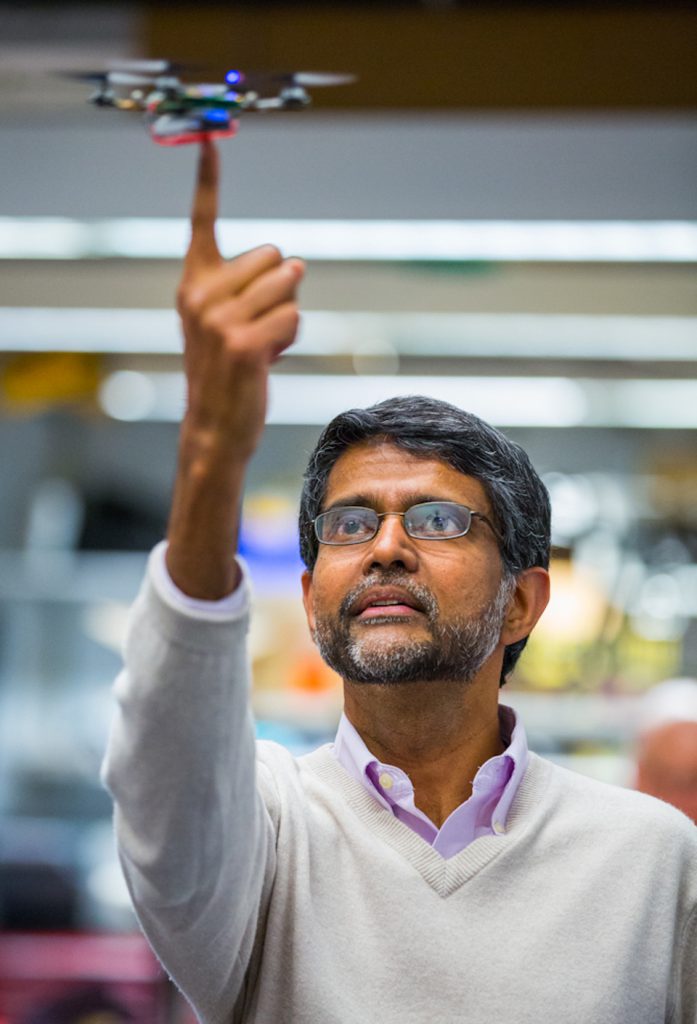 My group works on creating autonomous ground and aerial robots, designing bio-inspired algorithms for collective behaviors, and on robot swarms. The last decade has seen rapid advances in computation, sensing, and communication that has created new opportunities for flying robots. I will examine some of the relevant technological drivers and scientific advances and explore challenges of realizing autonomous swarms of flying robots in environments with obstacles in the absence of GPS with opportunities for first response, and mining and construction.

In addition to holding many administrative positions at Penn, Kumar has served as the assistant director of robotics and cyber physical systems at the White House Office of Science and Technology Policy (2012 – 2013).  His lab has founded many startups in robotics, and he is a co-founder of Exyn Technologies. He is a Fellow of the American Society of Mechanical Engineers (ASME) and the Institute of Electrical and Electronic Engineers (IEEE). He was elected to the National Academy of Engineering in 2013 and the American Philosophical Society in 2018.

More information about Kumar’s research can be found in his TED talks.