“Automatic Understanding of the Visual World” 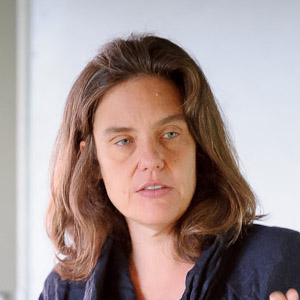 Automatic Understanding of the Visual World

One of the central problems of artificial intelligence is machine
perception, i.e., the ability to understand the visual world based on
input from sensors such as cameras.

In this talk, I will present recent progress of my team in this direction. I will start with presenting results on how to generate additional training data using weak annotations and synthetic data. Next, I discuss our results for action recognition in videos. Our approach moves away from state-of-the-art frame based approaches and improves classification and localization by relying on joint information from humans and objects over time. Such a model can also be adapted to behavior prediction for self-driving cars. Finally, I will present recent work on grasping with a robot arm based on learning long-horizon manipulations with a hierarchy of RL and imitation-based skills.

Cordelia Schmid holds a M.S. degree in Computer Science from the University of Karlsruhe and a Doctorate, also in Computer Science, from the Institut National Polytechnique de Grenoble (INPG). Her doctoral thesis received the best thesis award from INPG in 1996. Dr. Schmid was a post-doctoral research assistant in the Robotics Research Group of Oxford University in 1996–1997.