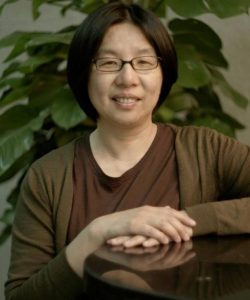 Predictability, computability, and stability (PCS) are three core principles towards veridical data science. They embed the scientific principles of prediction and replication in data-driven decision making while recognizing the central role of computation. Based on these principles, the PCS framework consists of a workflow and documentation (in R Markdown or Jupyter Notebook) for the entire data science life cycle from problem formulation, data collection, data cleaning to modeling and data result interpretation and conclusions.

Employing the PCS framework in causal inference and analyzing data from clincial trial VIGOR, we developed staDISC for stable discovery of interpretable subgroups via calibration for precision medicine.
The sugroups discovered by staDISC using the VIGOR data is validated to a good extent with the APPROVe study.

Bin Yu is The Class of 1936 Second Chair in the College of Letters and Science, and Chancellor’s Distinguished Professor, Departments of Statistics and of Electrical Engineering & Computer Sciences, University of California at Berkeley and a former chair of Statistics at UC Berkeley.

She heads the Yu Group at Berkeley, which consists of 15-20 students and postdocs from Statistics and EECS. She was formally trained as a statistician, but her research interests and achievements extend beyond the realm of statistics.

Her work has leveraged new computational developments to solve important scientific problems by combining novel statistical machine learning approaches  with the domain expertise of her many collaborators in neuroscience, genomics and precision medicine. She also develops relevant theory to provide insight  and guide practice.

She is a member of the U.S. National Academy of Sciences and a fellow of the American Academy of Arts and Sciences. She was a Guggenheim Fellow in 2006, and the Tukey Memorial Lecturer of the Bernoulli Society in 2012. She was President of IMS (Institute of Mathematical Statistics) in 2013-2014 and the Rietz Lecturer of IMS in 2016. She received the E. L. Scott Award from COPSS (Committee of Presidents of Statistical Societies) in 2018.  She was the Breiman Lecturer at NeurIPS 2019.