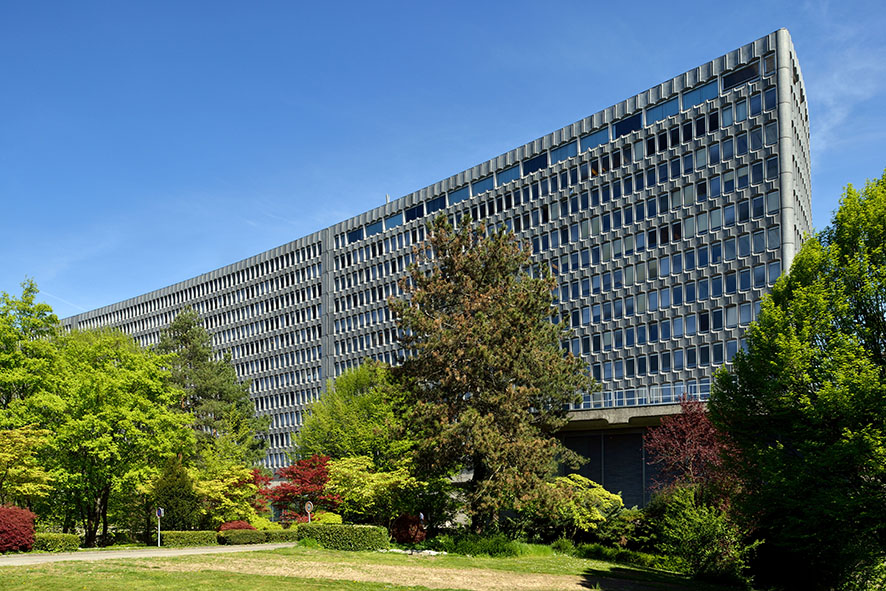 A veritable “Biennial of Architecture” which brings together “the world’s best known and finest architects”, the competition for the headquarters of the World Health Organization, in 1960, marked the start of a season of outstanding achievements in the “international zone” in Geneva. The stakes of representation were high: by an uncompromising architectural modernity, it became a question of conveying the image of the renewal of the UN and its specialized institutions, in fact their anchoring in a contemporary world in full upheaval.

Hence, after the splendid WHO headquarters by Jean Tschumi (1966), a series of major buildings were erected: the ILO with its spectacular structure resting on pilotis (1974), the intelligent extension of the ITU (1973), the WIPO Tower (1978), the Varembé Administrative Centre (1969), the fine example of the “brutalist” current of architecture of the CICG (1973), as well as the Palais des Nations which, in turn, was endowed with a new wing (1973), in accordance with a cleverly orchestrated ensemble composition.

Highly accomplished on the formal plane, but also designed to be efficient and functional, these buildings should be considered an essential milestone in the architectural output of the post-war period and their influence extended well beyond the confines of Switzerland. This impressive concentration of outstanding works placed Geneva at the centre of the debate about contemporary architecture on a global scale.

Conducted before the major renovation projects that are affecting the international zone today, the study carried out by the TSAM laboratory at the EPFL provides a new insight into this coherent corpus with its exceptional heritage value. Misunderstood, the emblematic heritage of international Geneva today deserves new consideration.