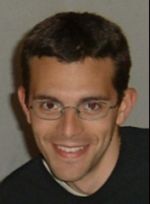 Dr. David Marimon Sanjuan was born in Barcelona, Spain, on May 15th, 1979. In February 2003, he received his M.Sc. degree in Telecommunications Engineering from the Universitat Politècnica de Catalunya, Spain. From March 2002 to September 2002, he was an exchange student at the Swiss Federal Institute of Technology (EPFL) and performed his diploma work on Universal Multimedia Access at the Signal Processing Institute (ITS). In June 2003, he joined Signal Processing Institute (ITS) as a research assistant in Professor Ebrahimi’s group, working on 3D Tracking for Augmented Reality. In December 2007 he received his Ph.D. degree from the EPFL. In February 2008, he started working at the Vision department of Telefonica I+D in Barcelona, Spain.

Design and Implementation of a Universal Multimedia Access Environment