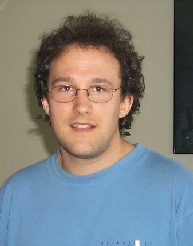 Dr. Nicolas Aspert was born in Grenoble, France, on December 23rd, 1975. He received his degree in Electrical Engineering from the Ecole Nationale Supérieure d’Ingénieurs Electriciens de Grenoble (ENSIEG), Grenoble, France, in September 1998. During the academic year 1997-98, he was an exchange student at the Swiss Federal Institute of Technology (EPFL). He performed his diploma work, which consisted in an improvement of a view-dependent texture coder, at the Signal Processing Laboratory (LTS). He joined the Signal Processing Laboratory (LTS) as a Ph.D. student in February 1999, and received his PhD degree in Electrical Engineering in 2003. His main research interests were Discrete Surface Subdivision, and Multiresolution representations of Surfaces.