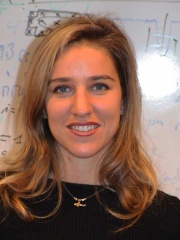 Dr. Elisa Drelie Gelasca was born in Trieste , Italy , on February 26th, 1975 . In June 2001, she received her degree in Electronic Engineering from the University of Trieste, Italy. From October 2000 to April 2001, she was an exchange student at the Swiss Federal Institute of Technology (EPFL). Elisa performed her diploma work on assessing the objective quality of segmented video sequences at the Signal Processing Laboratory (LTS). From September to November 2001, she was a consultant for Genimedia SA developing a metric to estimate the perceptual quality in watermarked videos. In December 2001, Elisa joined Signal Processing Laboratory (LTS) as a research assistant and Ph.D. student in Professor Ebrahimi’s group, working on video segmentation. From July to October 2003 she was an exchange visitor at the Signal Processing Laboratory in Professor Mitra’s group (at the University of California of Santa Barbara , USA) developing psychophysical tests on video object segmentation. After her graduation, she started a Post Doctorate fellowship at the VRL lab. at UCSB led by Prof. Manjunath. She is currently working at the Bio Image Informatics center and at the Cortina project.

Objective Evaluation of the Perceptual Quality of 3D Watermarking

Which Colors Best Catch Your Eyes: a Subjective Study of Color Saliency