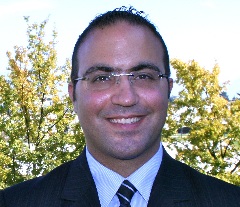 In December 2007, he joined the Multimedia Signal Processing Group (MMSPG) at EPFL as a research assistant in Prof. Ebrahimi’s group, working towards his PhD in the area of brain-computer interfacing. During his PhD, he was involved in various research projects and European networks of excellence (NoE) and he was representing MMSPG in several european projects. He was selected as the coordinator of one of the main IRPs in Petamedia NOE and he represented this NOE in several European exhibitions such as NEM summit and ICT. Among his other research activities, there is a one year collaboration project with European Space Agency (ESA) on curiosity cloning project and active involvement in VISNET 2 and Qualinet NOEs, where he worked on human face detection and Quality of Experience (QoE) in multimedia.

Electroencephalogram Alterations During Perception of Pleasant and Unpleasant Odors

A. Yazdani; U. Hoffmann; T. Ebrahimi

Neural, Fuzzy And Neurofuzzy Approach To Classification Of Normal And Alcoholic Electroencephalograms