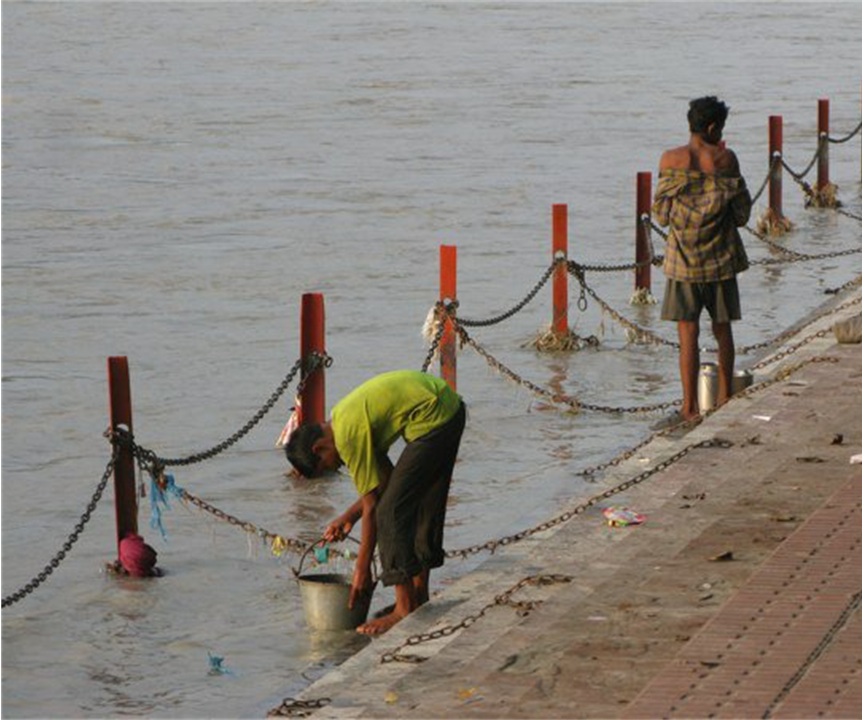 Hepatitis E is among the major causes of acute viral hepatitis worldwide. Infections occurring in industrialized countries are caused by zoonotic genotypes 3 and 4, mostly due to the consumption of raw meat products such as pork liver, wild boar and deer meat. Conversely, in developing countries HEV infections are caused by HEV genotypes 1 and 2, due to the consumption of contaminated water. Transmission of waterborne HEV is recurrently leading to large outbreaks in East Africa and India, frequently striking refugee camps. In order to identify the climatic and topographical variables most favorable to the occurrence of waterborne HEV, we are collaborating with the Landscape genetics group to build global species distribution models (SDM) of waterborne HEV genotypes. Future models of potential HEV distribution will be also obtained using predicted bioclimatic variables from downscaled global climate model data in order to identify geographical areas showing an increased risk of waterborne HEV occurrence in the next decades. Overall, the outcomes of this project results will allow a better understanding of the role of the environment on the geographical distribution of HEV and may be taken into account to optimize the management of refugee camps and the spatial distribution of water treatment facilities.