We have developed a nanoparticle/droplet platform to study aqueous interfaces, taking into account the possibility to measure simultaneously multiple length scales, charge and surface structure. In addition to having the possibility of performing a simultaneous charge and structure measurement, the use of a nanoparticle or droplet dispersion prepared by mixing small volumes of chemicals significantly reduces the challenges posed by impurities that are inherently present in every chemical.

Left: Energy scheme for sum frequency generation. Middle: Schematic sketch of a sum frequency scattering geometry. An IR femtosecond and visible femtosecond or picosecond pulse are overlapped in a sample containing a dispersion of particles or droplets in a liquid or solid phase. From the interface a SF is scattered according to a particular anglular distribution (indicated by the formula). Right: the optical setup. 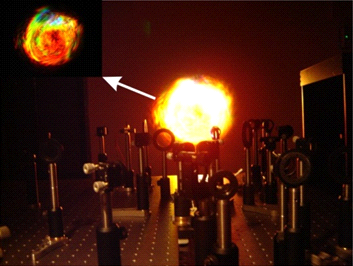 Sketch of the second harmonic process and scattering instrument

To obtain information about the molecular directionality of water molecules in the interfacial region (on a nanometer length scale), we have designed a second harmonic scattering instrument and implemented a new optical layout, light source and detection method [Opt. Express, 21, 815, 2013], which allows us to probe interfacial changes on the millisecond time scale; a significant improvement over existing methods. 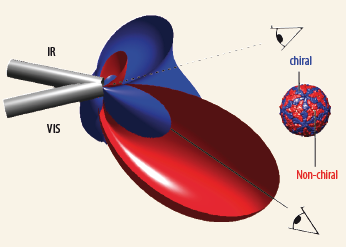 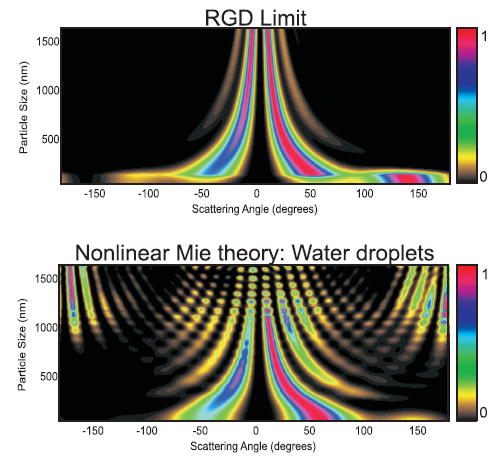