Power electronics is an engineering domain of increasing importance nowadays. Modern applications include electric vehicles wireless charging and interfacing renewable energy sources to the complex electrical grid. From the theoretical side, this discipline poses interesting challenges to the control community in view of the fast dynamics and inherent switched behavior of the plants. Model predictive control has been regarded as a promising alternative to classical control techniques in this area; nevertheless, the high sampling frequencies and the low processing power available – typically cheap MCUs – tend to compromise its applicability.

The student will derive a dynamic model of an electronic power converter and design an MPC controller to attain a smooth startup. The output voltage is to be regulated without steady-state error. The piecewise affine explicit solution to the optimization problem will be computed and a specific region elimination algorithm will be employed to reduce its complexity and allow for real-time implementation on a microcontroller. There is the possibility of collaborating with a master’s student from a Brazilian university to run the experiments and collect the results.

Requirements: Model predictive control and knowledge of power electronics. Embedded control experience is a plus.

Robust control for power electronic converter of a traction system 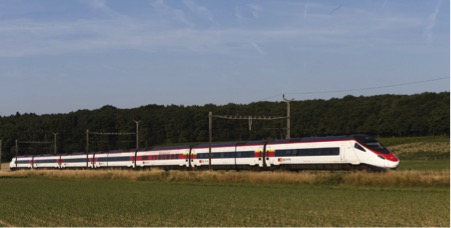 The train system is one the most important large-scale infrastructures of a country. In recent decades, renovating the system by adding locomotives equipped with high-power/high-performance power electronic converters has emerged new challenges. One of these challenges is the increase of the magnitude of some harmonics in the electrical systems, which in critical circumstances can lead to failing of the system. Generally, in this type of converters, the input impedance of the converter can be active in the frequencies higher than the synchronous frequency of the system. Consequently, some harmonics are amplified by the converter. In order to resolve this problem, the output impedance of the converter for these harmonics should be passive (the argument of the impedance should be between -π/2 and π/2) which can be realized by means of a well-designed control system.

The objective of this project is to design a controller for the grid-side power electronic converter of a traction system in order to have passive input impedance for a wide range of the critical harmonics of the system. A robust fixed-structure controller design method will be used to achieve this goal.  In the first step of this project, the frequency response and behavior of the grid-side power electronic converter with emphasis on resonance frequencies will be studies. In the second step, an appropriate mathematical model for converter will be derived. This mathematical representation of the plant should be compatible with the controller design approach. In the third step, the controller will be designed by means of the above-mentioned method. In the fourth step, the performance of the designed controller will be validated through simulation and finally, at the fifth step, the proposed method will be validated by experimental results.

Adaptive optics is a technology by which the dynamic evolution of the aberrations of an optical system are corrected. This typically involves a wave front sensor, a fast real-time computer and a deformable mirror. This technology is mainly applied in astronomy to compensate for the effects of atmospheric turbulence and ophthalmology for precise imaging of the retinal tissues.

The department of astronomy of the University of Geneva is developing a sophisticated Infra-Red spectrograph for the discovery and characterization of exo-planets named NIRPS. This spectrograph benefits from an adaptive optics system featuring a deformable mirror with 241 actuators (Degrees of freedom) that will be updated at 1000Hz. Presently, traditional control methods are used to compensate for the turbulence, based on auto-tuned PID.

As with all adaptive systems operated on real operational telescope, it is expected that spurious vibrations will be present once the system is installed on the telescope. The objective of this project is to design an advanced controller that identifies and reject the vibrations. The state-of-the-art methods for vibration control in adaptive optics should be studied and an appropriate controller should be designed and implemented on the real instrument NIRPS.

This project is carried out in collaboration with the Observatory of Geneva, which is is the department of Astronomy of the University of Geneva. Its exo-planet research group is one of the world’s most renowned and performing group. It is the group that has discovered the world’s first exo-planet (1995, M. Mayor, D. Queloz). It has designed and operates the world’s most powerful exo-planet discovery and characterization machines (HARPS) and HARPS-N. Besides astronomers, the group includes specialists is optics, control systems, interferometry, electronics and software. It has had a major participation in the extreme adaptive optics instrument SPHERE and it is currently leading the development of the Adaptive Optics based instrument NIRPS.

In this project, two applications in the cement industry and coal-fired power stations are studied using a MIMO controller: (i) in raw mills of the cement industry, the manipulated variables are the feeder flowrates of the raw materials (e.g. limestone, clay, sand, iron ore), the controlled variables are nonlinear functions of the product oxides, and the measurement device is an at-line XRF spectrometer with significant transport and measurement delay. (ii) In coal stockyards of power stations, the manipulated variables are the reclaimer flowrates of the various subpiles with high-, low and normal-grade coals, the controlled variable is e.g. the calorific value with an upper limit on a selected oxide, and the measurement device is an on-line PGNA analyzer spectrometer with variable transport delay.

The aim of this project is to apply this method to the design of blending controllers for plants with large, possibly varying time delays as well as low-frequency averaged measurements. A novel multi-rate robust controller and a robust Smith-Predictor controller will be compared in terms of stability and performance for the two MIMO applications. Simulations will be done off-line in Matlab/Simulink using a simplified model and in real-time using a link to Siemens Simatic WinAC using a nonlinear model implemented in O_Blend. 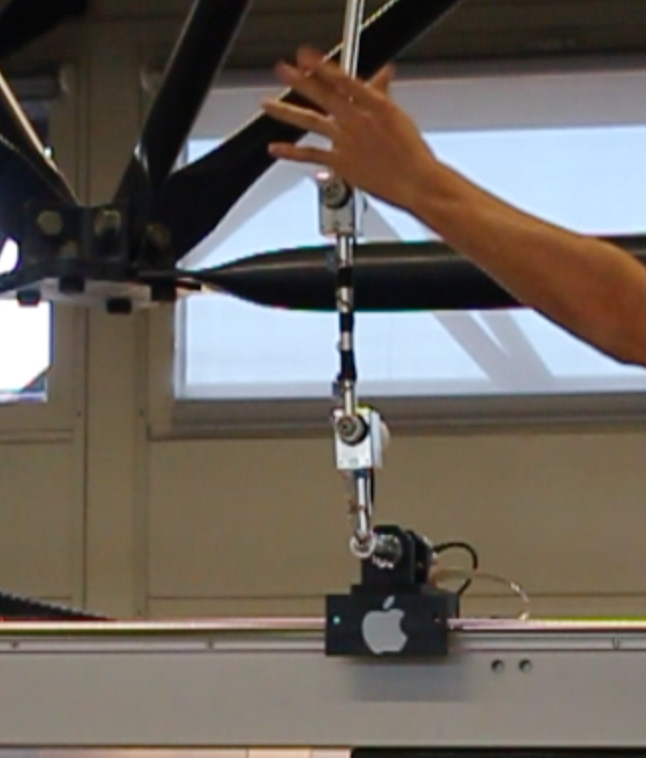 This project requires the following courses: Control Systems or Automatic and Commande Multivariable or equivalent. Nonlinear control will be a plus. 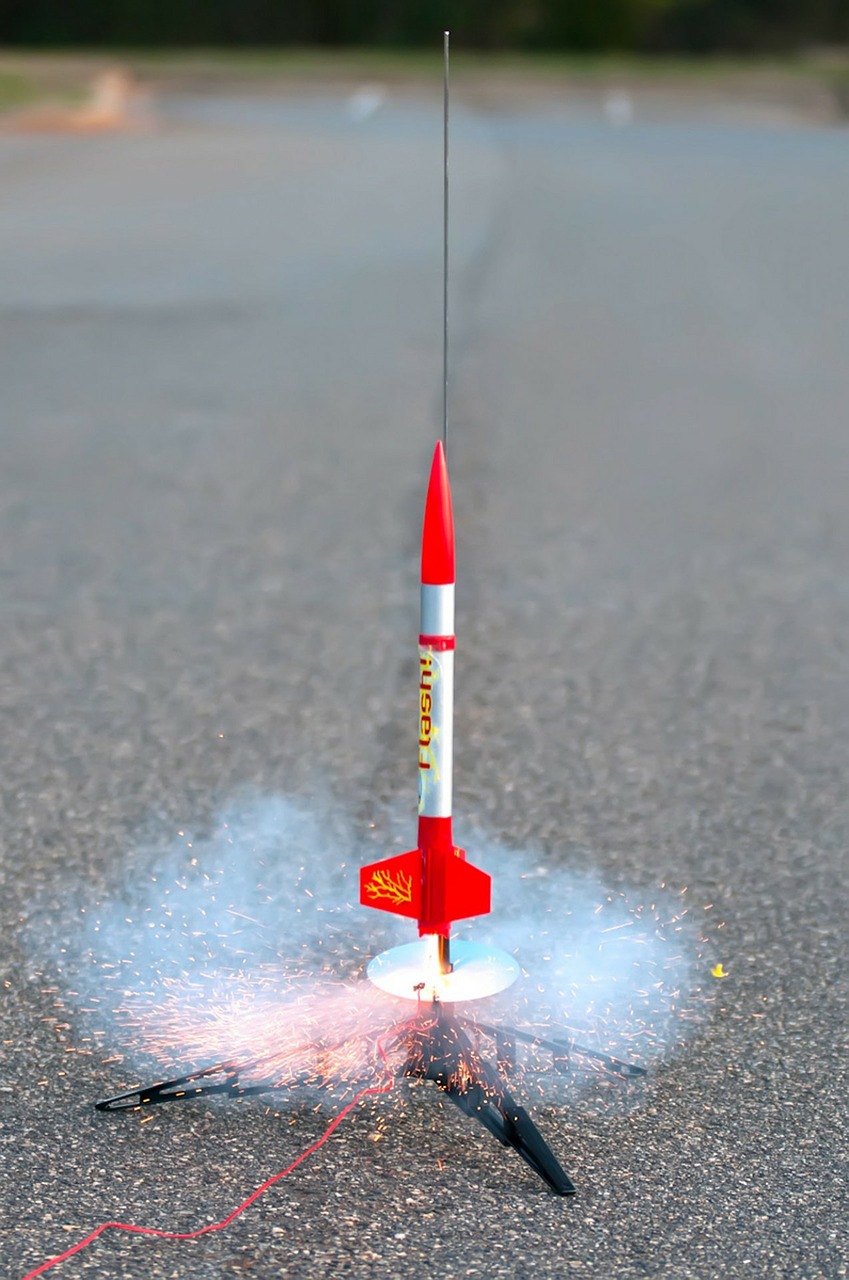 System identification and control for a single stage rocket

The objective of the project is to identify aerodynamic characteristics of a rocket and resolve the aerodynamic uncertainties to create a benchmark rocket simulator. The student will further investigate active attitude control schemes for the rocket in presence of parametric uncertainties and external disturbances. As a third stage for the project the student will design an optimal control policy for an active aerodynamic braking system to stop the rocket at a target apogee.

Gaussian Processes – a machine learning method, is gaining attention for identifying nonlinear dynamical systems due to numerous advantages. However, the Gaussian processes are a computationally expensive tool which limits their application for real-time control and/or embedded control systems.

In this work, we will deploy Gaussian processes on FPGAs using the LAfF – a code generation toolbox developed at Automatic Control Laboratory. We will consider model predictive control coupled with Gaussian processes for fault tolerant control with case studies of various flight control scenarios.

Prerequisite: C programming skills are required. Familiarity with FPGAs, Gaussian Processes, and Model Predictive control is desired but not required.

Nonlinear Model Predictive Control (NMPC) is an advanced control method that utilizes a dynamic model of a system to solve a finite time Optimal Control Problem (OCP) in an iterative fashion. The direct or mathematical programming methods seek to transform a continuous time OCP into a finite dimensional nonlinear program by using some parametrization of the state and control functions.

The pseudospectral collocation is a numerical technique that employs a polynomial approximation of the state and control trajectories to discretize continuous OCPs. The method is widely used to solve trajectory optimization problems that arise in aerospace applications since it provides high numerical accuracy for long prediction horizons. Recent advances in the computational performance of available hardware make it possible to apply pseudospectral collocation to generate real-time model predictive feedback control laws for complex and highly nonlinear systems such as unmanned aerial vehicles, mobile robots, self-driving cars, and industrial manipulators.