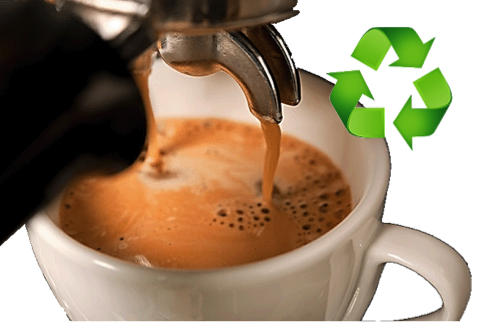 To have the best possible coffee in your cup, not only do the coffee beans need to have the right taste and quality, but the process to extract the different flavors must also be under tight control. Water temperature and pressure are two important parameters that need to be controlled in a coffee machine to get the right taste. These two parameters can also have a big impact on energy consumption depending on the technology used to control them.

The goal of this project is to develop an environmentally friendly and efficient control system for the next generation of coffee machines. Using a recently developed characterization of the system components, a strategy for accurate control of both temperature and pressure will be elaborated. The student will first adapt and validate the process model that was developed as part of a previous project. He will then develop an appropriate control strategy using Matlab and implement it on a prototype coffee maker using LabView. The performance of the new system will be benchmarked with respect to existing technologies. 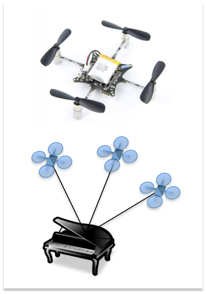 Quadcopters serve as a challenging test bench for control and machine learning algorithms in academia. Commercially, they are usually used for surveillance. However, if reliable control is ensured, a fleet of quadcopters can be used for physically demanding and complex tasks, such as carrying heavy payloads or building structures.
In this project, we aim to develop and test control algorithms, with which we will control quadcopters and accomplish physical tasks. The project will involve, development of a state estimator with the available camera setup, and implementation of model based control algorithms. The state estimator and controllers will be tested on the available quadcopters at LA. 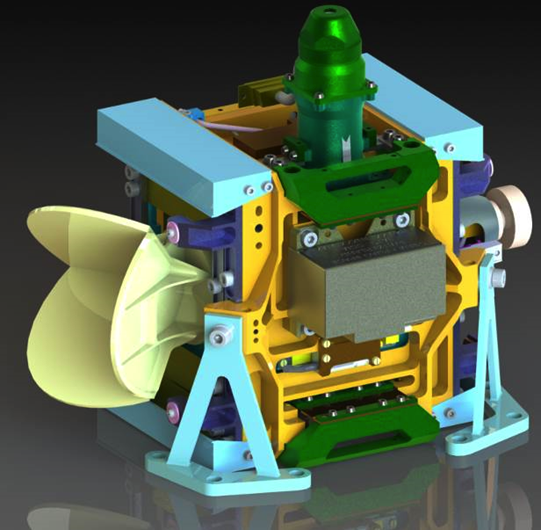 1) Comsteer device: The objective is to steer the angular position of a mirror on a MEMS. The mirror is held by a membrane and can tilt along two axes. The main challenge comes from the nonlinearity of the system as the resonance frequency of the device changes with its angular position. The other challenges come from the significant noise level and very high closed-loop bandwidth specification. Robust control should be used to achieve stability and performance over the entire operating space. The control process has to be embedded on a microcontroller and applied to different prototypes and experimentally validated.

2) MTG device: The objective is to control the position of the mobile stage of a Fourier interferometer. This mobile stage holds the reflector of the interferometer. This instrument will be used in the third generation MeteoSat satellite to measure the spectrum of infrared waves emitted by the earth. The mobile stage is steered with a linear actuator and has one degree of freedom. Challenge arises as very tight constraints on speed stability and exported forces are required. FEM simulations were performed and a complete frequency response of the system is available. Inverse dynamic control of a robotic arm in task space

There are two general solutions to solve this problem. The first option involves, directly solving the inverse kinematics problem by finding a feasible joint trajectory given the end-effector’s trajectory. An alternative option is to use a task space inverse dynamic controller.

The aim of this project is to implement a task space inverse dynamic controller to control a redundant robot. The student will implement this in C/C++ in a simulator in Linux environment and then with the real robot, a 7 Degree of Freedom KUKA LWR.

This project is carried out in collaboration with LASA in EPFL Control of an Air-Hockey Robot

Over the previous semesters we have designed and built a basic framework for a robot that is able to play air-hockey. A good control scheme has been found and implemented. The next step is to transfer the system to a real air-hockey table and to design and implement a method to track the puck. We will use a camera positioned over the playing field to locate the puck and aid the positioning of the robot arm.

The aim of this project will be to adjust the existing hardware for the new table and to design a vibration-free structure to attach the camera. The camera then needs to be interfaced with a microcontroller which will perform the image processing to detect the puck and robot arm. The microcontroller and image processing can be programmed in Labview.

The student should be familiar with basic image processing and Labview. He should also be interested in improving the design of mechanical parts. 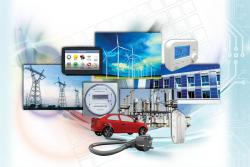 Distributed optimization for the smart-grid

With the need to integrate distributed renewable energy sources and storage systems, micro-grids have become a popular concept.

The project will investigate solutions to match the stochastic power demand using renewable power generators on a micro-grid. This can be casted as an optimization problems for which distributed solution strategies are currently raising interest in the community. The problem needs to be solved repeatedly within a limited time interval, which is a challenging task from a distributed perspective. After a modelling phase, you will develop novel real-time distributed optimization algorithms to tackle this problem. 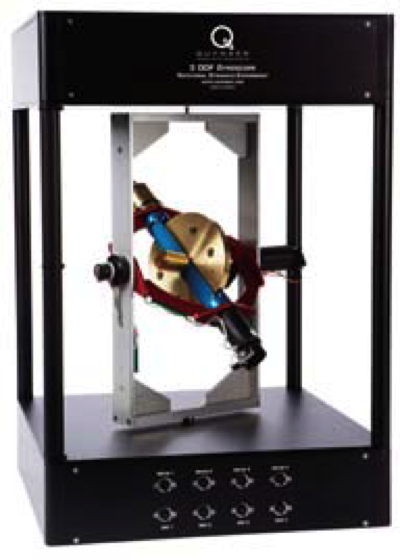 Identification and control of a 3-DOF Gyroscope

A 3-DOF Gyroscope is available in Automatic Control Laboratory of EPFL. This system has a multivariable nonlinear model. The objective of this project is to identify a linearized model of the system and compute a robust digital controller based on the identified model. A VI for LabView should be developed and the controller should be applied on the real system.

In many optimal control problems (OCP), a certain dissipativity condition plays a crucial role to determine the infinite horizon behaviour. In this project, we aim at investigating several simple optimal control problems via numerical and analytical methods. The main goal is to verify the mentioned dissipativity condition for given examples. The project involves the following subtasks:

Solid oxide fuel cells (SOFCs) are electrochemical systems converting hydrogen and oxygen to water and thereby converting chemical energy into electrical energy. Due to their high efficiency SOFCs could potentially replace large fossil-fuel driven power plants in the future. However, ecological and economical requirements imply that one should operate SOFCs close to their maximal efficiency.

In this project, we seek a motivated student to work on real-time optimization (RTO) of SOFC stacks. The project aims at the formulation and Matlab implementation of optimization problems. More precisely, the project involves the following subtasks:

Suitable candidates should have a good background in Matlab programming, control and optimization. Pre-knowledge about fuels cells would be plus.

Modeling and optimization of a fuel cell system

Solid oxide fuel cells (SOFCs) are electrochemical systems converting hydrogen and oxygen to water and thereby converting chemical energy into electrical energy. Due to their high efficiency SOFCs could potentially replace large fossil-fuel driven power plants in the future. However, ecological and economical requirements imply that one should operate SOFCs close to their maximal efficiency.

In this project, we seek a motivated student to work on modelling and optimization of SOFC systems. The project aims extending of existing models of SOFC stacks to models SOFC systems, i.e., besides the stack also the fuel reformation should be taken into account. Based on the extended model, the problem of optimizing the system efficiency should be formulated and tackled numerically. More precisely, the project involves the following subtasks:

Suitable candidates should have a good background in Matlab programming, thermodynamics, control and optimization. Pre-knowledge about fuels cells would be plus. 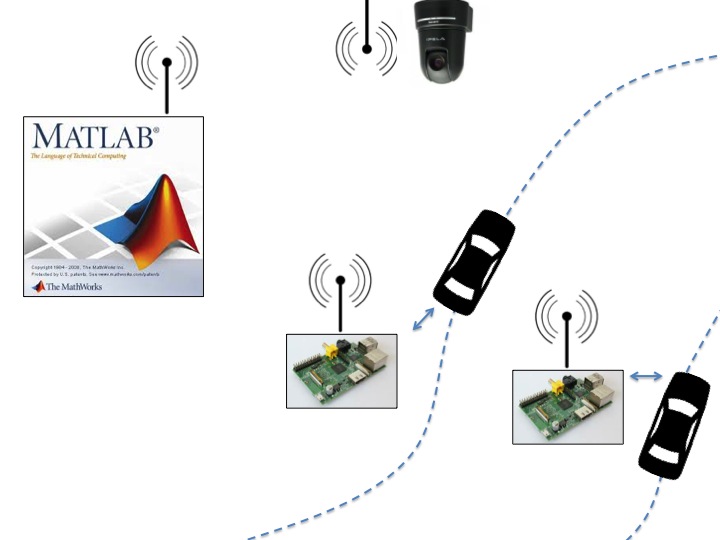 This project focuses on the realization of a software and hardware platform for the control of multiple robotic vehicles.

The structure consists of three main components interconnected via WiFi:

Requirements: the student should possess (or be willing to earn) great practical skills (hardware/programming) and enthusiasm! 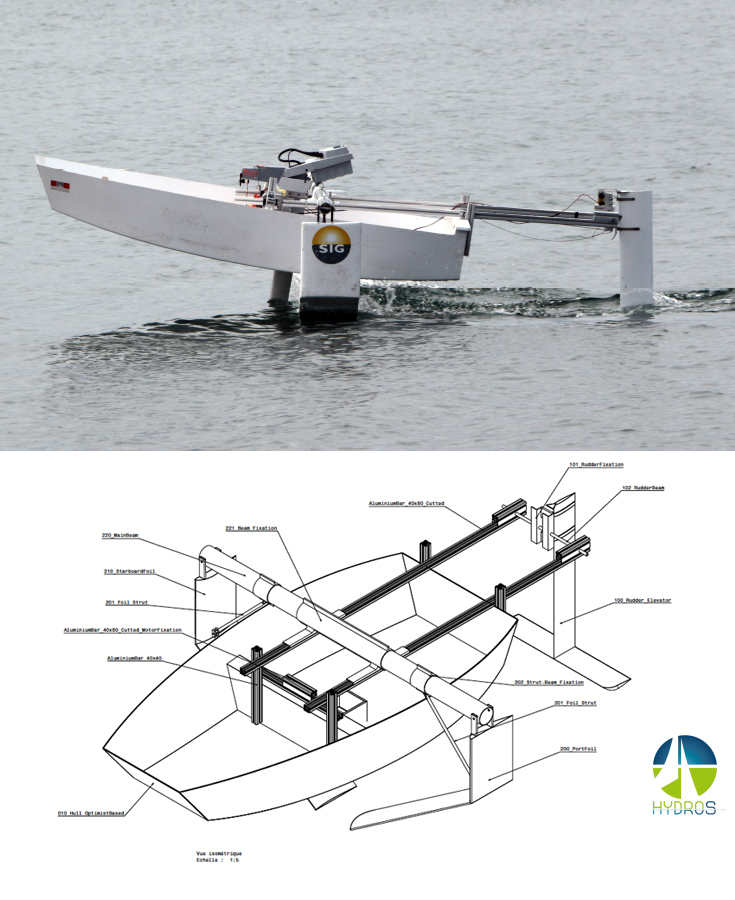 Control of a hydrofoil boat

HYDROS, the Swiss scientific research center specialized in sailing, is holding an engineering competition to take place in lake Léman, summer of 2014 (see link). The goal is the construction of an energy efficient hydrofoil boat. EPFL has forged a group of teams that specialize on optimizing each of the specific components of the system. LA is responsible for the dynamical modeling of the boat in order to plan effective trajectories and track them in the face of uncertainties.

The first part of the project focused in modeling the boat dynamics and discovering the optimal control policies in simulation. The second part, due to start in the next spring semester, is going to explore the interaction of the boat with the environment in a realistic setting. Model-mismatch and external disturbances might deem the control policies suboptimal or even infeasible. The project will focus in robustifying the system against uncertainties. 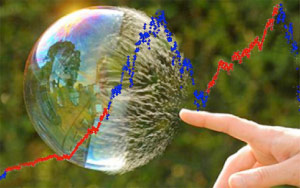 Forecasting and Controlling of Financial Bubbles

There have been claims [1] that simple models can predict financial bubbles. These models postulate that such bubbles exhibit super-exponential growth (of price, volume, etc).  One explanation for this is the herding behaviour of traders that creates positive feedback. However, eventually this growth becomes unsustainable and at a critical time leads to the bursting of the bubble and the crash of the price.

With this project we aim to replicate the bubble forecasting methods, verify their predictive power for different sets of data and finally design a control strategy that can ameliorate the effect of the bubble bursting using modern control methods.