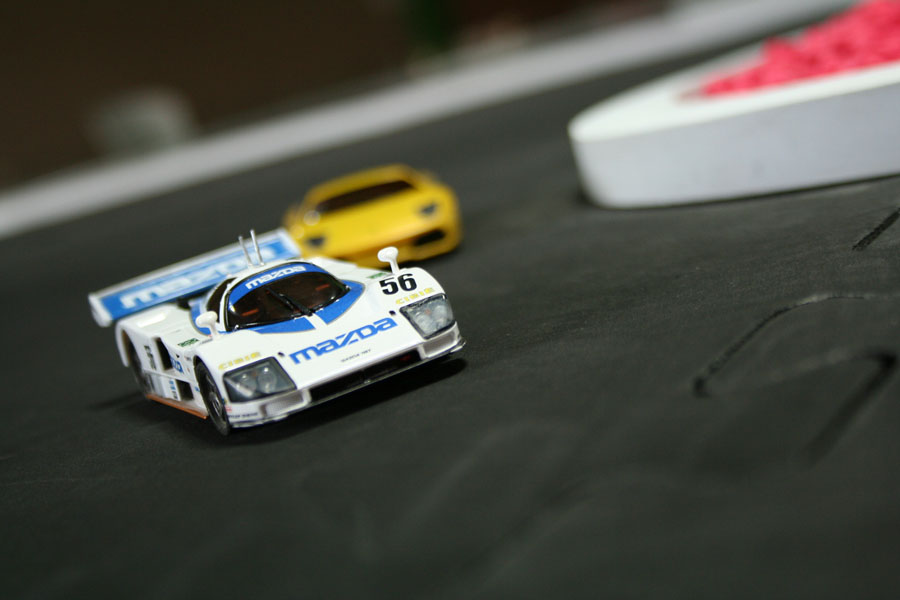 The Fast Toy Lab (FTL) is developing a high-speed, micro-scale autonomous race course for 1:43 scale RC cars. We will produce extremely fast 10cm cars and controllers capable of racing (and winning) against all comers!

There are several projects available on this platform, which can be tuned to your interests. Possibilities include:

– Drifting – control during a slide 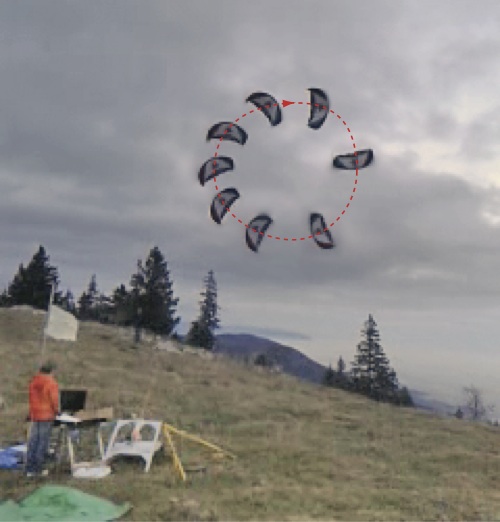 Modeling and control of an experimental kite system

At high altitudes wind is considerably stronger, more stable and more consistent than wind close to the ground, making it an extremely promising, untapped source of energy. The problem is that the energy is several kilometers from the surface of the earth and constructing wind turbines 2 km tall is infeasible. A host of innovative ideas have been proposed for accessing high-altitude wind, such as floating turbines, self-sustained spinning foils and giant balloons. Kites appear to be one of the most promising (and  realistic) means of harnessing this energy.

The primary goal of this project is to design and implement an automatic control system for a kite using a control and sensing unit that has been built in our lab. Practical tests will be carried out in the vicinity of the EPFL. The aim is to achieve autonomous flight by the end of the semester.

The students must develop a solid understanding of the aerodynamics of a kite, perform a literature review of kite-modeling and construct ODE models in Matlab. Matlab will be used intensively to design and simulate controllers and state estimators.A vital aspect of the project is practical testing. The students will perform a number of days of outdoor testing. Data acquisition and control is implemented in Labview (which at least one student must learn). 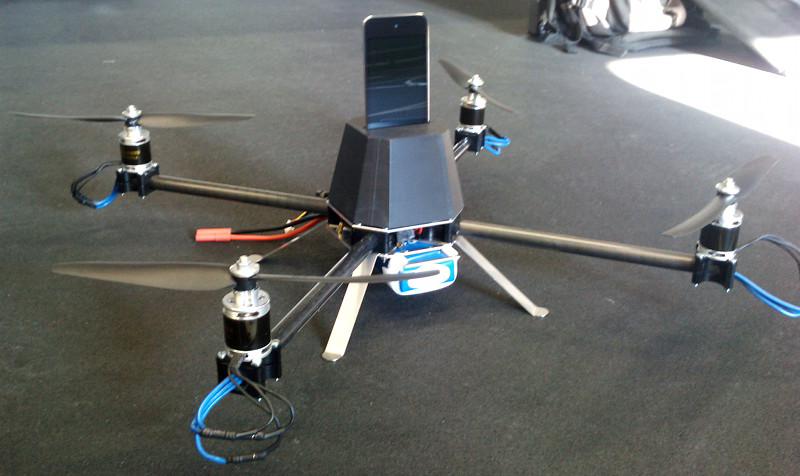 The Fast Toy Lab (FTL) is developing a high-speed, micro-scale 3D race course for small quad-copters. We will produce extremely agile 10cm flying quad copters and controllers capable of racing (and winning) against all comers!

We propose a novel concept which allows one to control the quad rotor from an iPhone. A 3D trajectory is defined on the iPhone and the quad is controlled to follow the trajectory.

There are several projects available on this platform, which can be tuned to your interests. Possibilities include:

– Distributed state estimation of a cluster in natural environments

– iFly. Four propellers + iPhone. Use the internal sensors and GPS for control.

– Good background in Control and Matlab/Simulink 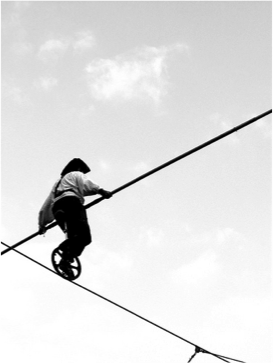 Modeling and control of a self-balancing unicycle

Many circuses propose an act where a person rides a unicycle across a wire usually holding a long pole. The pole is there to add stability to the system without which the act becomes virtually impossible due to high instability of the system (unicycle & rider). Adding a pole lowers the center of gravity of the system making it easier to stabilize. 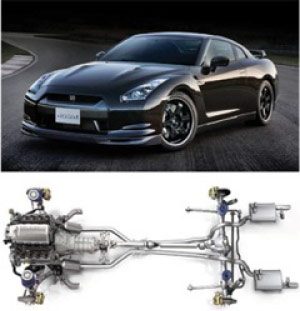 The NISSAN GTR is a sports car which on paper has lower performance than most of its competitors such as the Jaguar XKR S, Porsche 911, etc… However, because of the electronic control systems it uses to manage the different parts of the car, (motor, gear box, suspension, breaks, etc…) it is able to beat it’s competitor on almost every level. It’s launch control system allows it to go from 0 to 100 km/h in 3 seconds. Its suspension management system allows it to go through corners at higher speeds. Thus, the NISSAN GTR really shows the advantages of using control to optimize the performance of a car.

The aim of this project will be to model a car in the general sense using the MATLAB/SIMULINK environment. Once a model is available, the performance of the car it to be analyzed and finally controlled.

A cement plant is a highly automated process involving hundreds of controllers ranging from simple PID to complex MIMO controllers. The production of cement consists of many processing steps such as crushing, blending and grinding of the input materials (limestone, clay, sand, iron ore, etc.), chemical conversion to clinker, and grinding of the clinker to the final cement.

Recently, a new robust controller design using frequency-domain data has been proposed in the Automatic Control Laboratory of EPFL. This method is based on loop- shaping in the Nyquist diagram under infinity norm constraints on closed-loop transfer functions. The results have been published in (Karimi and Galdos 2010) for SISO system and in (Galdos et al. 2010) for MIMO systems. The aim of this project is to apply this method to the design of blending controllers for cement plants with large time delays.

In a previous work (de Oliviera 2011), various types of robust MIMO controllers for the case of varying input material compositions have been designed using convex optimization techniques. This project will extend the work by de Oliviera (2011)  to design of a smith-predictor controller by taking into account the large transport and measurement delays. The designed controller  will be tested on a dynamic nonlinear simulator. 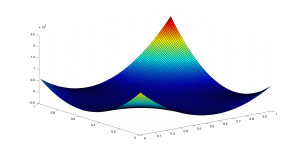 This project seeks to extend a real-time optimization methodology developed in our laboratory to the design of experiments (DOE). In standard DOE, experimental optimization is performed on a process where an acceptable model of the process is generally unavailable and where a limited number of experiments are intelligently chosen to build the model from scratch. Following this step, the resulting model is optimized to arrive at a sort of “optimal” performance. In general, this will not be the real optimum of the process, and so further experiments would be needed to find it.

The goal of the current project is to use the optimum given by the DOE methodology as a starting point for modifier adaptation, which is an iterative optimization method that would then adapt the operating conditions to find the true local optimum for the process. A number of theoretical, and potentially experimental, problems could be chosen to test the method, but the interested student, if he or she so wishes, would also be free to select their own application of interest. A comparison with the traditional “evolutionary optimization” approach may also be made. 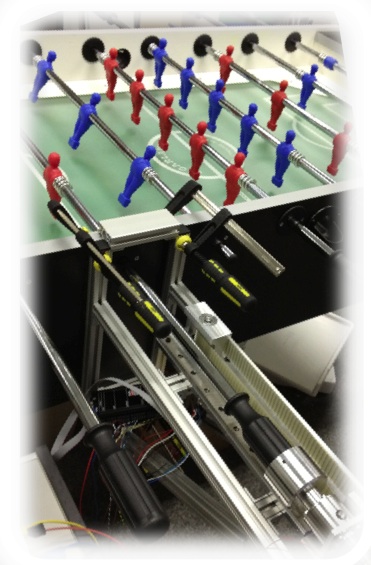 The LA’s babyfoot has been modified to replace one human player by an mechanical “arm”. The next step is to provide vision to the cybernetic opponent.

In this project  a controller is designed for one bar of a robotic babyfoot installed at LA. The main goals of the project are:

This project runs concurrently with the “Vision system for babyfoot” project and a collaboration of the students is welcome (for example for point (5)). The hardware and computer interface are already installed and operational so the student can focus on the control part only. Control of a spray drying process

Spray drying is a method of producing a dry powder from a liquid or slurry by rapidly drying it with a hot gas. Spray drying has been a key process for Nestlé and is used in the manufacturing of several products such as Nescafé, sweet and condensed milk, and infant formula. Hence, process control is important to:

The goal of this project is to control the moisture ratio or water content at the exit of the dryer. The student will analyze the process, identify an input-output model, design a controller and implement it on a programmable logic controller. Benefits will be assessed by comparing its performance with manual-control-based historical data.

This project will be carried out in collaboration with Nestlé in Orbe, Switzerland

The aim of this project is to improve the temperature control for 6-ton isothermal semi- batch reactors, that is, decrease the frequency and the amplitude of the oscillations, thereby resulting in smoother control action. For this purpose, the project entails five main steps:

This project is carried out in collaboration with Huntsman, a multinational company whose core business is the manufacturing of epoxy resins, performance chemicals, pigments and polyurethanes.

The Huntsman company is looking for a Master student interested in doing his/her master project in the form of a 25-week internship at its plant in Monthey (VS), under the academic guidance of the Laboratoire d’Automatique.