Water temperature is a physical parameter which affects the habitat suitability of many living beings (fishes, invertebrates) and directly controls the toxicity of some dissolved substances. In the context of climate change, there is therefore some raising concern about the future “health” of our rivers.

Our research focuses on the study of stream temperature in Switzerland. I am currently performing a land-wide study in order to classify the different thermal regimes of the Swiss rivers. Our goal is express the monthly mean stream temperature as a function of climatic and local physiographic variables (air temperature, slope, aspect, forest cover, etc.).To achieve this, we have access to the data of 25 hydrological stations that are positionned downstream important watersheds.

In a second step, we will turn towards the physical modeling of stream temperature at the hourly time scale.  The implementation of a stream temperature module in the snow simulation software Alpine3D. The latter has been developed at SLF (Davos) in order to predict the spatial and temporal evolution of the snow cover. By integrating a river module in this model, we will be able to complement the findings of the first part of the research, taking advantage of the high resolution (both spatially and temporally) of Alpine3D. 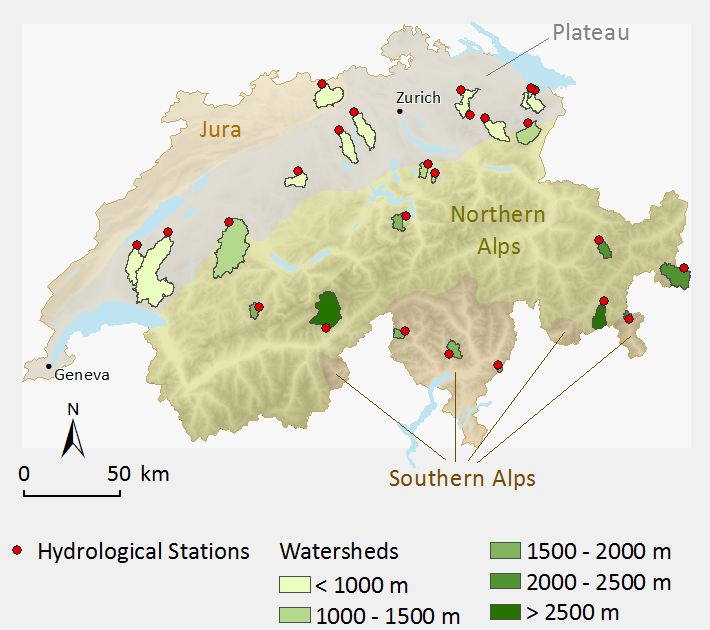 This project is funded by the Swiss Federal Office for the Environment (FOEN).