The term prefiguration was first formally defined by Boggs (1977) as ‘the embodiment, within the ongoing political practice of a movement, of those forms of social relations, decision-making, culture, and human experience that are the ultimate goal’. Rooted in the Americans’ radical left, prefiguration is a different kind of theory, a “direct theory” (Sturgeon 1995;36) that theorizes through action, through doing.’ (Maeckelbergh 2011). Since then, it grows a culture of practices in alternative movements, notably, in altermondialization movements. Prefiguration involves experimentation, and ‘enact features of an alternative world in the present’.

As one of the recurrences of protofiguration (see definition below), these practices and philosophies of doing, aim at creating counter-power rooted architects, urbanists and artists, occupations, transgressions, counter-programmations … in reinvesting the role of the body, gestures, and collective intervention in the process of urbanization, and their political dimension. Through direct actions of immediate practices, these figures of installations are one form of the return of the archaic (logics) in current architectural discourses (Lucan 2016).

From this assessment, I will try to unveil both the existence and disappearance of such archaic practices in current, long-term and cross-cultural history. In ALICE we have coined the term protofiguration; both to take distance with direct political references, and to inscribe the research in the larger scope of the laboratory’s investigation. The prefix ‘proto’ comes from the ancient Greek and means the ‘earliest, the primitive form of’, and also ‘from which other similar things develop’. It evokes a dimension of becoming into an operational order, a state where nothing is ever finished. The term proto-figuration is pointing at active figures, full of potential energy, ready to individuate. As primary gestures applied on territory, protofigurations embody a framework for further operations. ‘Synthetic acts’ of creation (Simondon 1958), original division of the land, this ‘unity of order and orientation’ (Schmitt 1979) outlines a calendarity and a cardinality- Spatial/temporal and psychic agent that creates a link between symbolic order and physical order, leading through the transcalarity of order into both psychic and physical spaces.

In his research about the forms of landscapes, Descola stated on the existence of a scheme, called germe structural or information for Simondon scaffolding our perception of space and its potentialities (potential energy). I will look at protofigurations as the operation of encounter and structuration of each other (protofigures and potential energy). Situated culturally, temporally and spatially, they are techniques of mediation between human forms of living and the environment. In several cultures, the use of simple and ‘standardized’ (Smith, 2007) gestures and figures is recurrent in foundational acts; Romans used the cross division of sky and earth, and the extensive grid (Rykwert, 1977; Kostof, 1991), Aztecs an orthogonal layout aligned on the cosmological system (Smith, 2008), Etruscans did also, Greeks (Norberg Schulz, 1986), Imperialist China… This phase of settlement has remained largely unstudied. I will analyse it in context of the concept of protofigurations. These practices dedicated to the growth of a collective perception through the use of common cultural figures and their gesturing and figuration permit a re-cognition, a collective attention by doing, experimenting, and modulating (Simondon, 1958) an ideal space into real in a process of concrétisation, phase-shifting in different levels of meaning (Rapoport, 1967).

A theory of operations rooted in the work of Gilbert Simondon will investigate protofigurations as both an instrument of analysis and a hypothetical method of design; enaction of a territory by a mental and collective intervention, that permits to care at surrounding space. 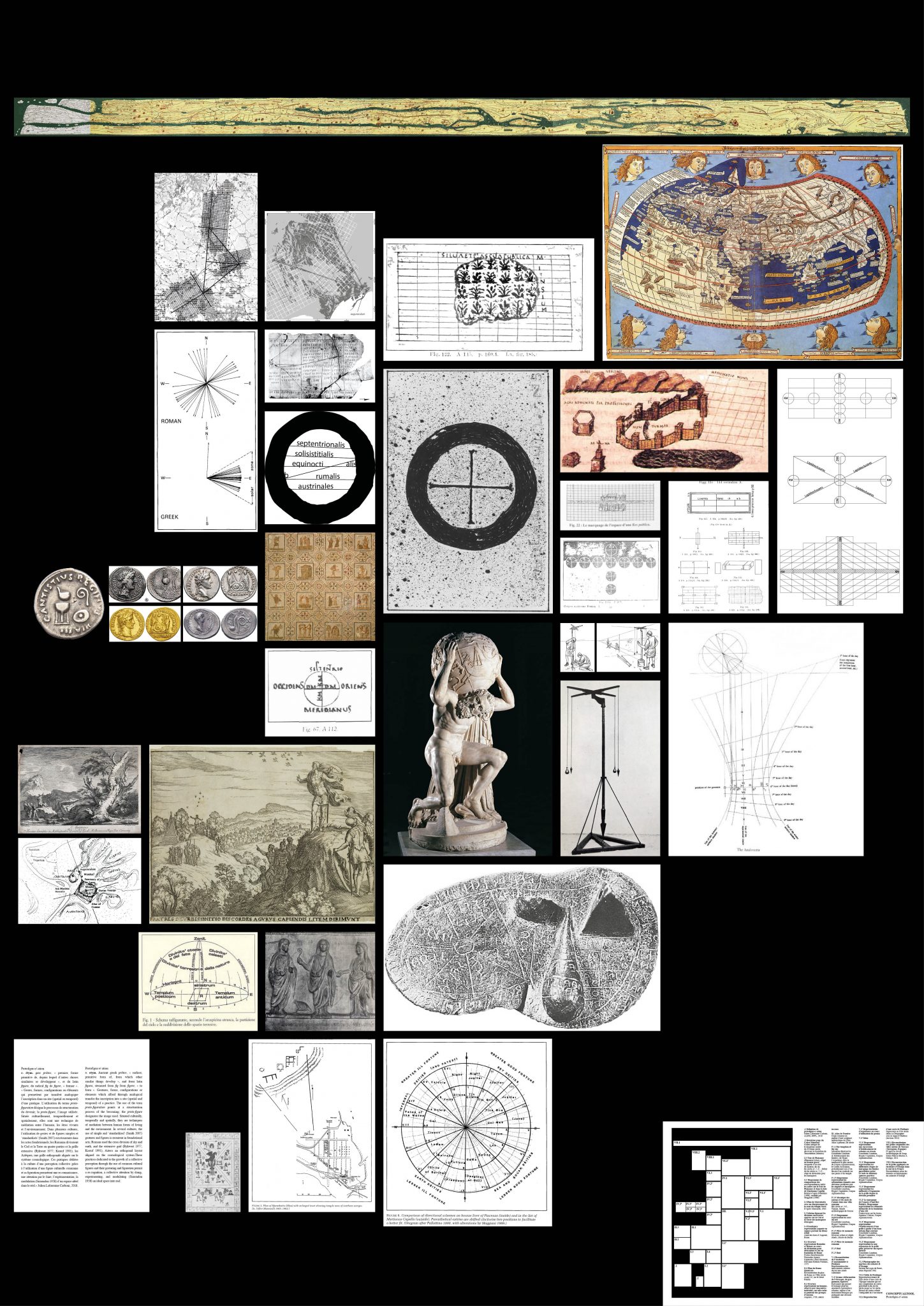 Investigation around the term protofiguration