The British architects and urbanists Alison and Peter Smithson are widely recognized as being among the most important protagonists in their field of the postwar period. As heirs to Modern Architecture’s legacy and operating in the context of a devastated Europe following World War II, the Smithsons made pioneering contributions to the design and theorization of the built environment at all scales. It has been widely acknowledged that their influence extends far beyond their time, as well as their native England.

As architects and urbanists the Smithsons developed their thinking through drawing and building. Concomitantly, as public intellectuals, teachers and prolific writers, they also extensively theorized their own work. The concepts developed and the terminology they employed, find their most explicit elaboration in their numerous publications as well as typescripts and manuscripts. Among their most influential contributions to architectural design and theory are their analysis of the latent potential of space as a charged medium of human connection, and the novel design principles they proposed leading to flexible and openended structures, thus enabling growth and evolving relationships between and within systems. They also are known for their understanding of motorways and streets as arteries, around which the various parts of an urban program would be intermingled and loosely arranged. Furthermore, they were concerned with the immediate surrounding of buildings and proposed to deepen the building limits as a space of transition between the public and the private realm. The unprecedented concepts which they introduced into the design discipline were also coined by novel terms such as “Scatter”, “Cohesion” or “Cluster”, employed by the Smithsons in order to explain and communicate their ideas and the ensuing patterns from which they could be translated into built matter.

Active during a 50-year period as tireless designers, thinkers and writers, the Smithsons produced over 20 books and 500 journal entries, which document the development of their arguments in parallel to the panoply of their unpublished texts and meticulously kept diaries. Through a critical anthology, the present research project investigates and recontextualizes the Smithsons’ theoretical contribution, which to date has not received the scholarly attention it deserves – all while emphasizing that the concepts they mobilized and issues they broached have renewed relevance for contemporary architectural and urban actors in today’s interrelated physical and virtual global context(s). 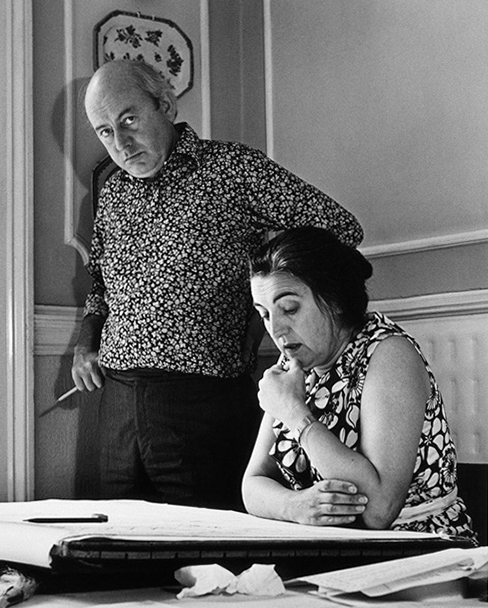