The audio-visual acquisition from HDCAM tapes takes place at EPFL. This includes footage from the Montreux Jazz Festival in 1991, 1992, 1993, 1997 and from 2003 to date. When the 1991 Montreux Jazz Festival was recorded in HD it was considered a breakthrough in technology and world first for a music festival.

Uncompressed video and audio streams are captured via a dedicated acquisition AV card. A quality control of the digitized content then takes place. Broadcast MXF and preview formats are then generated from the original file automatically.

In addition to video and audio, SMPTE time-code is also captured to ensure synchronization with additional media streams or for post-production. Time-code is composed of time and frame information laid out in a precise order. 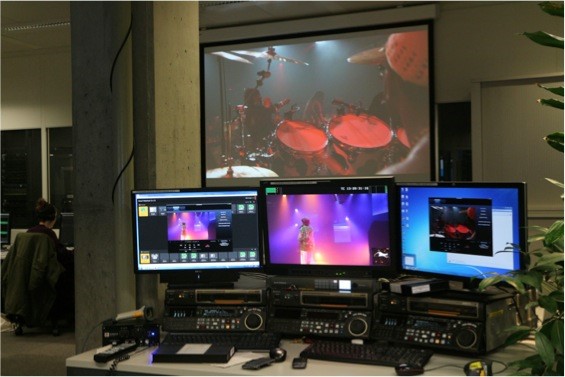