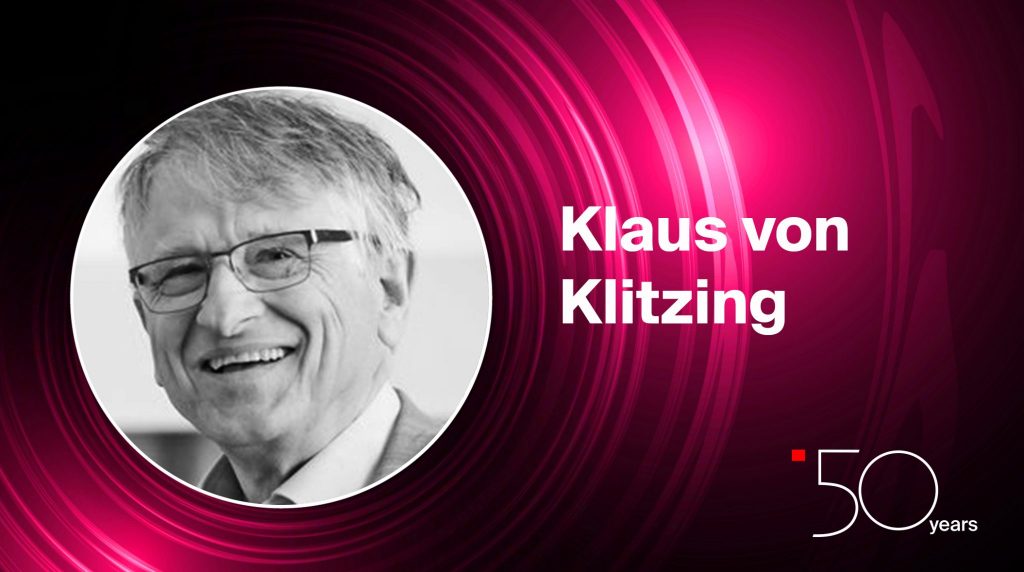 Klaus von Klitzing, laureate of the 1985 Nobel Prize in Physics “for the discovery of the quantized Hall effect”, gave a Campus Lecture at EPFL on 15 April 2019.

Find out more about how fundamental science helps measure our world in his interview, featured in the EPFL Magazine (May 2019).

The Kilogram doesn’t weigh a kilogram anymore. Indeed, the standard kilogram, a small platinum and iridium cylinder is losing weight as the time goes by. That’s why on 20 May 2019, on the World Metrology Day 2019 (20 May 2019) all countries in the world will change the definitions for the following base units of the International System of Units (SI system): the kilogram, the ampere, the kelvin and the mole. In an historic vote on 16 November 2018, the General Conference on Weights and Measures, which represents 98% of the world gross product, decided this change unanimously. This decision means that all SI units will be defined in terms of constants of nature.

The quantized Hall resistance (Nobel Prize 1985) played a crucial role for the realization of this new SI system since this quantum resistance can be used not only for high precision measurements of electrical standards but also for a new realization of a kilogram by comparing electrical and mechanical forces with the Kibble balance.

In his talk, Klaus von Klitzing summarized the application of the quantum Hall effect in metrology with the focus on the replacement of the kilogram by a fixed value for the Planck constant.

Professor von Klitzing is a German physicist who won the 1985 Nobel Prize in Physics for his discovery of the integer quantum Hall effect. Born on 28 June 1943, von Klitzing studied physics at the Braunschweig University of Technology, and completed his PhD thesis in 1972 at the University of Würzburg. During his career, von Klitzing worked at the Clarendon Laboratory at the University of Oxford and the Grenoble High Magnetic Field Laboratory in France (now LNCMI). In 1980 he became a professor at the Technical University of Munich, and he has been a director at the Max Planck Institute for Solid State Research in Stuttgart since 1985.