A cell is a bag of RNA 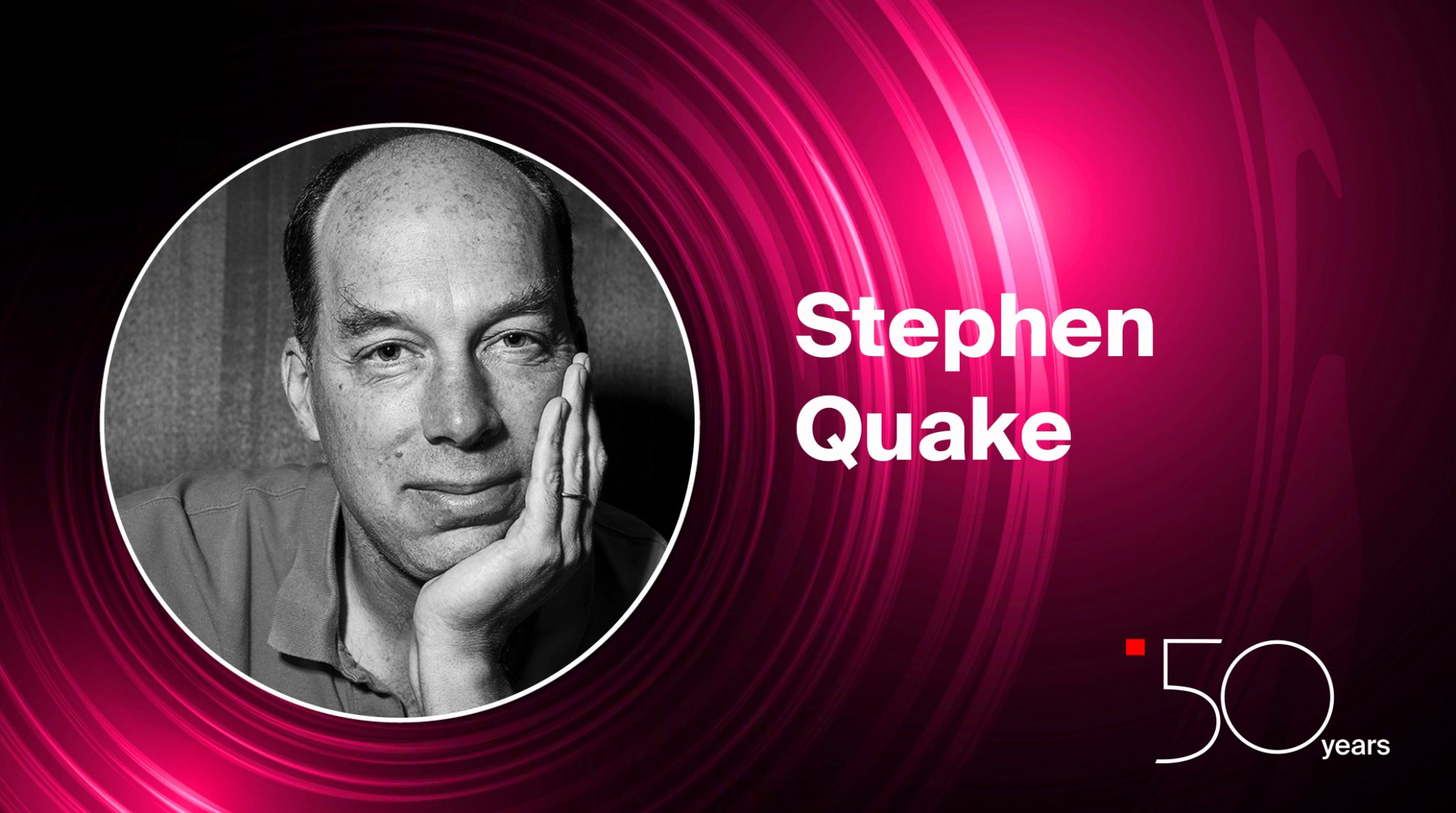 Stephen Quake (born 1969) is an American scientist, inventor and entrepreneur, Lee Otterson Professor of Bioengineering and Professor of Applied Physics at Stanford. Quake is also Co-President of Chan Zuckerberg Biohub.

Stephen Quake’s research is at the nexus of biology, physics and technology development. He has invented many measurement tools for biology, including new DNA sequencing technologies that have enabled rapid analysis of the human genome and microfluidic automation that allows scientists to efficiently isolate individual cells and decipher their genetic code.

Quake is also well known for his work inventing new diagnostic tools, including the first non-invasive prenatal test for Down syndrome and other aneuploidies. His test is rapidly replacing risky invasive approaches such as amniocentesis, and millions of women each year now benefit from this approach. His innovations have helped to radically accelerate the pace of biology and have made medicine safer by replacing invasive biopsies with simple blood tests.