Images from the archives of Robert Venturi and Denise Scott Brown 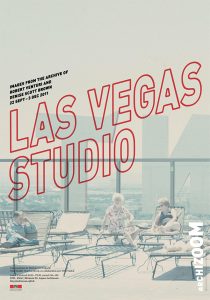 November 30, 2011
Glenn Adamson
Deputy Director of Research and Director of Studies at the V & A Museum, London

Learning from Las Vegas, a treatise on architectural theory published in 1972, captivates primarily through its engaging visual discourse. For Robert Venturi, Denise Scott Brown, and Steven Izenour, the photo¬graphic trace is both the means of argumentation and representation of their research object. If the break-ing of taboos is repeatedly mentioned in connection with Learning from Las Vegas, the use of photography, borrowed from anthropology and art, can be seen as part of this provocation. Colleagues who understood architecture as a task developed out of structure reacted with surprise and disapproval when the protag¬onists of the Las Vegas research studio picked up cameras and treated architecture from the perspective of appearance and phenomenon.

The editors’ overriding interest in the images from the Las Vegas studio is founded on this reading. We have taken on the task of rereading and reappraising these photographs. Our focus is therefore directed at the instrument that demonstrates Venturi’s and Scott Brown’s intentions picture for picture, namely to arrive at a theory of architectural communication. However, by being instrumentalized in such terms, these images increasingly lost their original, pictorial significance. For Venturi and Scott Brown, the photographs were primarily a means to an end. Our project returns to a point before theory formation, and refers directly to the photographic material, which impresses with an en¬chanting, careless beauty.

The photographs from the Las Vegas research are part of the archives of Venturi, Scott Brown & Associates in Philadelphia. Robert Venturi and Denise Scott Brown opened up their archives for our project and gave us comprehensive access. The opportunity to gain insight into this collection of slides was a particularly memorable event. Based on an overview, we arrived at a se¬lection—in collaboration with Peter Fischli (of the artist duo Fischli/Weiss)—presented for the first time in this book.

Our approach to the material is motivated primarily by an interest in the image. The genuinely pictorial, the photographic quality, provided a decisive guide in our reading. We removed the pictures from their original analytical context and present them as photographic sensations. The photographs were taken by various participants in the Las Vegas Studio. The pictures from 1966 can be attributed, for the most part, to Denise Scott Brown, but current knowledge of the authorship of the later images is fragmentary. However, Robert Venturi, Denise Scott Brown, and Steven Izenour gave the instructions and guidelines for taking the photo¬graphs. For this reason, we would like to attribute conceptual authorship to those responsible at the Las Vegas Studio.

Our selection focuses largely on secondary aspects and side products of the research project, without losing sight of the iconic images. It thereby shifts to the fore¬front previously unknown images that settled on the fringes of the Las Vegas research. We believe that the true interest in Venturi’s and Scott Brown’s approach to Las Vegas becomes clear precisely in these “uncon¬scious” moments. These photographs thereby make their authors, in the sense of Rem Koolhaas, the ghost writers of Las Vegas whom we know and appreciate today.

An exhibition organised by the Museum im Bellpark, Kriens
curated by Hilar Stadler and Martino Stierli in collaboration with artist Peter Fischli
exhibition design at Archizoom by Youri Kravtchenko